Marijuana users in Main will no longer have to choose between marijuana and their jobs. 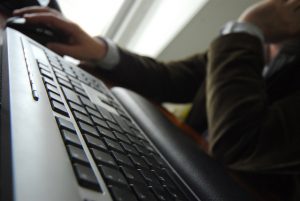 Thanks to the implementation of IB 2015, c.5, “Question 1 – An Act to Legalize Marijuana” in February, employers can no longer drug test applicants for marijuana or fire workers for using cannabis on their own time.

This part of the new law has taken effect despite the fact that other portions are still lagging, namely the regulations necessary to begin sale of cannabis and cannabis products.

Voters in Maine approved recreational use, sale and taxation of marijuana back in November 2016. Initially, the law was supposed to go live in January 2017, but it soon became clear that wasn’t nearly enough time to get all the necessary regulations in place and build the foundation of a pot economy. So they moved the deadline to launch legalization out to February 2018, putting Maine on a similar timeline to California’s roll-out of Proposition 64, which also was voted on in 2016, and began implementation Jan. 1. Unlike California, though, Maine has yet to finalize rules for legal sales yet. To be fair, California had a lot more experience since our state legislators had been working with medical marijuana operations since 1996, while Maine only legalized medical marijuana a few years ago. But Maine state senators also did not extend the moratorium on the deadline to make sales legal, according to a report from The Press Herald.

This has left Maine residents in a weird limbo where the law is in effect, but there is still a lot of uncertainty for retailers. Some of the finer points of the law are more certain, though, which is where the employment portion of the law comes into play.

This is a huge victory for cannabis users and the industry as a whole. Our cannabis lawyers in L.A. know this is an important step toward the normalization of marijuana in the public consciousness. There are so many mixed signals being sent to the general populace on marijuana: doctors are prescribing it for medical treatment, states are legalizing it for recreational use, businesses are holding it against employees if they test positive for use, and the federal government is treating it like it is dangerous and has no medical benefits.  According to Controlled Substances Act, 21 U.S.C. Section 812, marijuana is a Schedule I narcotic, akin to LSD and heroin.

It is an especially big win because Maine is the first state to build such a protection into their marijuana laws. It is our hope that other states, including California, take note and use it as an example of how to move forward. It is nonsensical to legalize marijuana state by state (with 29 and Washington, D.C. joining together with some form of legalization), and yet treat people like criminals in the workplace for doing what we already have acknowledged is a safe and acceptable practice when done responsibly. Coming to work high is another issue entirely and would not be permitted any more than a worker is allowed to come to work drunk. It’s time we started implementing more sensible regulations around marijuana and get rid of these archaic restrictions once and for all.

Maine Law Requires Employers to Stop Drug Testing for Marijuana and Ignore Use Out of Workplace, Feb. 22, 2018, By Thomas Ahearn, Employment Screening Resources