California cannabis businesses should steel themselves for the reality of an unannounced inspection by state Department of Cannabis Control (DCC) compliance officers – some of whom have been showing up armed at inspection sites. 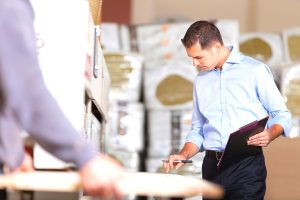 As our Los Angeles marijuana business lawyers can explain, it’s not the first time pot shops have been subject to inspections. It’s just that officials handling it in the past typically gave companies a heads-up – often several days of notice – before showing up. But according to recent reports, there has been a surge of drop-in, no-notice inspections. The 24-to-48-hour heads-up is no longer something your company can count on.

Given that even minor transgressions or oversights might compromise your ability to keep your doors open, it’s imperative that licensed California cannabis businesses be ready for a DCC inspection out of the clear blue sky.

If a company isn’t following state marijuana law and guidelines to the letter, DCC can issue citations, fines, and even license revocation. As this new aggressive inspection campaign is under way, it’s unclear how nit-picky inspectors are going to be, but we do know the agency has expressly stated there are a few major compliance rules on which they’ll be devoting a heavy focus. Those include: END_OF_DOCUMENT_TOKEN_TO_BE_REPLACED