The fight over legal California marijuana farming – specifically the question of where it’s allowed – has caused great tension in communities from Sacramento to Napa. Property owners are particularly riled at the loss of home values due to reportedly persistent and overwhelming marijuana grow operations. 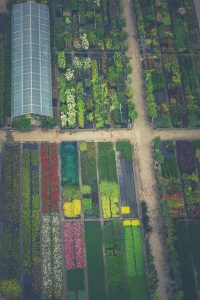 In one such instance in Santa Barbara County, government officials have begun implementing regulations for the large cannabis farms throughout the region, hoping to address the smell-related issues

But Los Angeles marijuana lawyers know there have been other disputes as well. It’s been more than two years since the state ruled residents don’t need a physician’s note to purchase the drug, but it’s largely up to local governments to decide if cannabis farms are allowed and whether to impose restrictions tighter than state rules.

California is the country’s largest legal cannabis market, yet less than 50 percent of its 58 counties have permitted commercial cannabis farms. Even counties like Sonoma that thrive on agricultural specialties have put tight restrictions on the number and size of grow operations, particularly those close to residential areas.

Concentration of Cannabis Cultivation Higher in Some Places Than Others

A select few others have allowed a high ratio of farms to population. Santa Barbara has most provisional cultivation licenses – nearly 900 – and most have numerous permits to expand their operations. In explaining the decision to allow large grow operations, officials cite a boom to local economy, one suffering from the wilt of numerous flower farms and empty greenhouses – which has meant fewer taxes. Marijuana cultivation has offered a way out.

Marijuana lawyers work to help these operations clear regulatory hurdles, helping to avoid steep penalties and setting them up for the best chance at success.

Although many counties in Southern California have stringent limits on how many grow operations can exist and how large those farms can be, growers in Santa Barbara can have as much land as they can buy, with preference to those who had previously grown medical cannabis. This attracted several large marijuana growers.

In some small cities of fewer than 15,000 people, dozens of marijuana farmers are thriving. But local residents argue the farms are a nuisance – affecting their property values and quality of life. One resident told a Wall Street Journal reporter the smell of marijuana from nearby farms has permeated his carpet and towels. This could be the next regulatory battle for marijuana growers.

Residents have formed grassroots efforts with the goal of lobbying for tighter restrictions, such as caps on the size of farms, number of farms and where they can be located. They also want to mandate odor control systems.

Officials have responded so far by an uptick on raiding any farms suspected of not following the rules that do exist, and urging farmers to purchase their own odor control systems.

Farmers say they aren’t opposed to some of what’s being asked, but noted sales revenue isn’t as high as initially projected just a few year ago, and many didn’t start off wealthy to begin with. Some switched from flowers to cannabis noting they could no longer compete with the Latin market. In many ways, they say marijuana is actually more neighbor friendly because it doesn’t require the use of pesticides and the greenhouses no longer have frequent semi trucks making trips back and forth for product.

A brand new odor control system retails for somewhere around $100,000 – not a trivial expense. It may, however, be worth it to appease neighbors and avoid the imposition of tighter regulation that could cost more.

Fights Over Where to Grow Marijuana Cause Stink in California, Sept. 12, 2019, By Zusha Elinson, Wall Street Journal