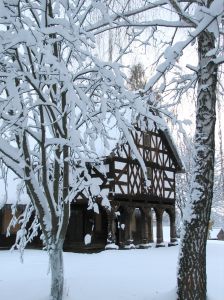 Unlike Amsterdam, which has hash bars or “coffee shops” as they are often called, it is not legal to smoke marijuana in public within the state. Those who have come to the state and booked a room in a local hotel have run into problems, because all of the hotels in cities like Denver are entirely smoke free. This basically means a lot of people are going into to dispensaries, purchasing marijuana, and then smoking it in public. This is an activity that police will crack down upon, as it is illegal.

Many of these marijuana tourists who flocked to the state last month for the annual 420 celebrations were greeted by unhappy policy police officers that issued hundreds of citations for smoking in public. There are also various reports on the Internet of people being thrown out of their hotel rooms by staff who caught them attempting to smoke in the hotel. According to some commenters, hotel staff members were easily able to recognize what the old college dorm trick of placing a towel under a door represented.

In an effort to capitalize on the marijuana tourism boom in a way that does not violate local law, some homeowners are now renting out rooms under a new concept known as a “Bud and Breakfast.” According to a recent article from The Guardian, a bud and breakfast website of the same name aims to set up an online booking portal for people looking for a safe and legal marijuana-friendly accommodation. The site works similar to traditional bed and breakfast booking sites but caters specifically to this new class of marijuana tourists.

According to the business’s founder, the booking portal will provide information as to where in the residence smoking of marijuana is permitted. Some places provide smoking areas in the rooms, outside the property, or in common lounge areas. Some bud and breakfast establishments also provide a “wake and bake” service providing guests with marijuana and breakfast.

Even though California was once leading the charge to legalize medical marijuana, a legal bud and breakfast still lies somewhere in the future for visitors to our state. However, as our Los Angeles medical marijuana attorneys can explain, there are presently a variety of legal ways to profit as a member of the burgeoning industry; however, it is best to go into any venture with a full understanding of all local, state, and federal laws.

If you are thinking of starting a medical marijuana cooperative, starting a grow operation or dispensary, or getting involved in the business in any way, it is helpful to speak with an experienced attorney before spending a significant amount of money ,so you know your investment will adhere to all relevant laws and keep you from getting into legal trouble.

Additional Resources:
Inside Bud and Breakfast, the Airbnb of marijuana tourism – only much greener , May 5, 2015, The Guardian