California medical cannabis would be regulated in much the same way alcohol is if Assemblyman Tom Ammiano of San Francisco is successful in the passage of his bill, AB 473. 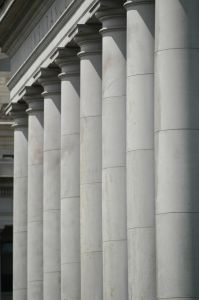 Our Los Angeles medical marijuana lawyers understand that Ammiano’s primary goal is to keep medical marijuana protected by introducing regulations that will hopefully reduce the amount of attention our state – and our growers, dispensaries and patients – have received from overzealous federal regulators.

The bill, as it’s written now, would regulate marijuana similar to the way that alcohol is overseen. Where the Alcohol Beverage Control has oversight of the state’s liquor stores and bars, medical marijuana would be overseen by the Division of Medical Cannabis Regulation, which would be headquartered in San Diego. This division would be under the control of the ABC.

Ammiano called it getting marijuana “into the right hands.”

There would be an adoption of statewide standards and across-the-board fees for things like how medical marijuana is cultivated, transported, taxed and sold.

The bill doesn’t currently specify what all those exact standards will be. The plan is to have legislators flesh it out further as it moves through the various committees and then on to a final vote.

Ideally, Ammiano said, the bill would move California closer to the regulatory direction of Colorado, which regulates every aspect of medical cannabis – from seed to sale.

Despite being the first state in 1996 to approve marijuana for medicinal purposes, California has always been at somewhat of a disadvantage for that reason. Being first meant there was no blue print for success. Our approach of a de-centralized regulation has left us vulnerable to federal interference – much more so than other states that had some idea of what not to do.

With a patchwork of varying laws and fees and bans and moratoriums, there are no clear rules from district to district – and sometimes not even within the same district.

Ammiano’s measure attempts to correct a lot of that.

Still, medical marijuana advocates are feeling cautiously optimistic. A similar measure that Ammiano introduced in 2012 died in committee. That measure would also have resulted in the creation of state board that would have generated and enforced a uniform set of laws on all aspects of marijuana production and sale.

Opponents say the bill would do little more than encourage an industry that is already out-of-control.

This is about ensuring that each patient who needs and is prescribed marijuana has safe access to it.

Ammiano described California’s approach to medical marijuana as “chaos,” saying cities want guidance, dispensary owners live in constant fear and patients have serious concerns amid all the infighting about how they will get their medical needs met.

Meanwhile, the California Supreme Court is slated to decide sometime in the next two months whether local government has the right to initiate a ban on medical marijuana dispensaries. Doing so would be in line with federal law, but would directly contradict state law.