The American Civil Liberties Union has torn into U.S. Attorney Laura Duffy’s statement that city workers could be prosecuted under federal law if voters in Del Mar pass a ballot measure in November to green light medical marijuana dispensaries. 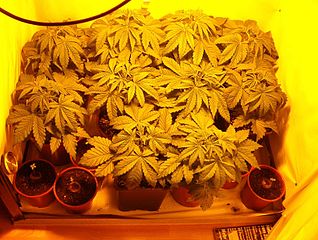 Los Angeles medical marijuana lawyers understand that the legal director of the ACLU fired off a letter earlier this month, saying that to threaten such action is not only unjustified, but also a major interference in local legislative matters.

What’s more, Director David Loy says Duffy is off base legally. In fact, a number of court cases have already established that public employees are immune from such prosecution when they are carrying out their administrative duties as required by laws governing state marijuana laws. Loy is pressing Duffy to retract her statement.

It started last month, when lawyers for the city of Del Mar wrote to Duffy’s office asking for clarification on certain legal issues pertaining to the ballot measure. Duffy’s response, issued July 17, is what sparked ACLU leaders to go on the offensive. In that letter, she underscored that marijuana is illegal under federal law, and that anyone who grows, distributes or possesses the substance are in violation of the law.

In response to the ACLU’s criticism, Duffy has stood her ground, saying that the advice she gave to Del Mar leaders is in line with the guidance provided to her by numerous U.S. Attorney’s Offices throughout the nation, as well as the stance of the U.S. Department of Justice.

Duffy and other U.S. Attorneys are the primary driving force behind the medical marijuana crackdown across the state, which has forced thousands of marijuana dispensaries to close. Recently in L.A., it was city council leaders who voted to shut down marijuana shops throughout the city, though the measure still allows for patients with prescriptions and their caregivers to grow the plant individually or in co-ops of three.

In San Diego, the nearest major metropolis to Del Mar, most of the dispensaries have been shuttered. That’s what prompted advocates to collect signatures in order to put the issue of whether to allow marijuana dispensaries to a vote.

City leaders had reached out to Duffy’s office to inquire about whether the city or its employees would face sanctions if they issued business permits or filed paperwork relating to the dispensaries, if the measure did pass.

Duffy had responded that city employees aren’t immune from prosecution under federal law.

Similar letters have been sent to cities in other states as well, in cases where officials were deciding whether to allow dispensaries.

Top legal professors, however, note that there is also federal law that protects public employees, though it was initially written to protect police officers working undercover who may have to consume or possess drugs in order to maintain their cover.

It remains to be seen whether federal authorities would actually move to prosecute city employees who are merely doing their job, though this is not the first time Duffy or her office has caught flak in recent weeks.