As local and federal officials continue their raids on California’s medical marijuana facilities, the ACLU has filed a massive public records request of hundreds of agencies in dozens of states, seeking to learn more about the militarization of both technology and tactics employed by these law enforcement organizations. 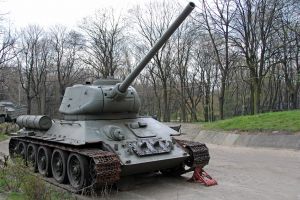 Our Los Angeles marijuana lawyers applaud this effort, and will be eagerly awaiting the results of this research, though we expect there will be a fair amount of push back from authorities regarding whether those records should even be handed over in the first place.

The ACLU’s Center for Justice notes that local, state and federal authorities are increasingly being equipped with military vehicles, weapons, training and sometimes even actual military assistance in the course of traditional law enforcement activities. The first concern is that applying military tactics in a civil setting boosts aggressiveness and erodes civil liberties. Additionally troubling is the fact that such measures are reportedly being used disproportionately in poorer neighborhoods occupied predominantly by minorities.

In most cases, these techniques are being employed by SWAT teams.

What the ACLU wants to know is how frequently SWAT teams are deployed in the first place, what kinds of weapons these agencies are using, who is paying for those devices how many people are hurt in the course of operations involving SWAT.

Specifically, the ACLU wants information on the use of:

Another similar request was filed with state National Guard agencies with regard to cooperative agreements these agencies have with local law enforcement departments and also how many incidents of contact National Guard soldiers have had with civilians.

As the basis for its request, the ACLU noted a series of 10 incidents it had uncovered in its report, “Towns Don’t Need Tanks, The Militarization of Policing America.” Among those incidents noted:

While there is no specific mention of marijuana-related raids, many of the incident involved did mention drug raids in general. As we in California are well aware, these incidents are ongoing and increasingly aggressive.