There have been many reasons claimed that marijuana was highly dangerous and addictive by those who want to keep it illegal under federal law no matter how many states choose to legalize medical or recreational cannabis.  There are as of the time of this article, 29 states that have legalized either medical marijuana or recreational use of marijuana as well as the District of Columbia. 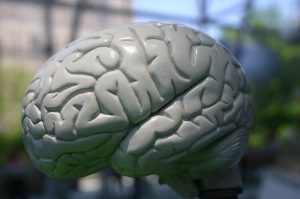 One of the reasons they argue it is dangerous is because it has been labeled a so-called gateway drug.  The many times disproven theory is that if someone uses marijuana, even though many do not see it as harmful, that a person is far more likely to try “harder” drugs such as cocaine and heroin.  In other words, marijuana is a gateway to the dangers of all sorts of illicit drug use. If we take this argument another step, some with claim these marijuana users are not only addicted to marijuana at this point, and have moved no to cocaine and heroin, but they are also engaging in all sorts of street crime to fund their pricey habit.

As our Los Angeles medical marijuana attorneys can explain, though this theory sounds laughable to many, it is the basis for much of the opposition to the legalization of medical marijuana and the recreational use of marijuana. In addition to the gateway theory, many also argue that marijuana itself has all kinds of negative health consequences. Even though there is hardly any evidence to support any of these claims, they will sight to the fact that not many studies have been done, and they intend on keeping it that way. According to a recent news article from NPR, there has been links alleged between marijuana and a very rare vomiting illness.
One patient interviewed as part of this article, said she had been using marijuana for nearly 20 years as it is the only thing that can effectively treat her anxiety and depression.  However, while it does work for that purpose, she began to experience serious stomach discomfort that caused her to be extremely nauseous as well as wretch and vomit frequently.  She even lost her job because they believed her to be an alcoholic when that was not the case.  The only thing would help when of these episodes would come on was going into a hot shower and staying there for as many as four hours.

She went to the hospital many times and doctors could not find anything that was causing this illness. They ultimately determined that she suffered from a newly theorized medical condition that can cause vomiting after years of marijuana use in a very small portion of the population who use marijuana frequently. This patient has been trying to stop smoking marijuana but has discovered difficulty with increasing symptoms associated with her anxiety and depression.

Whether this condition is ever fully accepted by the medical community, it will surely be used as a weapon by those who oppose the legal use of marijuana. However, it should be noted that if a medicine was outlawed  because there were side effects that could affect a very small percentage of users, there would be no drugs on the market.  We have all seen commercials where someone in a soothing voice tells us about all of the horrible sounding side effects sometimes including death.