In the wake of the legalization of recreational marijuana use, Denver International Airport is the first city facility who has made the decision to prohibit the possession of marijuana on all property. 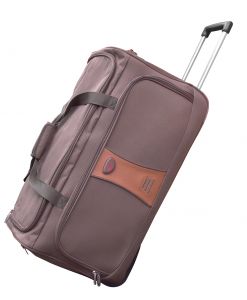 Airport officials maintain that the decision to prohibit marijuana possession on airport property is necessary to combat any interstate trafficking of the substance, which is illegal under current federal law. The new guidelines from the airport are some of the most strict of any policies instituted in the state since the legalization of recreational marijuana.

Our medical marijuana lawyers know that this is an example of the type of regulations in store for Washington state as well – or an any state which may legalize the use of marijuana.

Airport officials claim they are primarily worried about interstate trafficking. The concern is that transporting marijuana across state lines could impact other agencies and airports. But there are other concerns which will also have a dramatic affect on any consumer, transporter, distributor, or dispensary dealing with medicinal or recreational marijuana.

One key consideration here is that since marijuana, medicinal and recreational, is still illegal under federal law, airports and other areas, such as parks that fall under federal jurisdiction, may not fall under the laws of the state in which they are situated.This situation sets up an interesting and difficult conflict within states that legalize the use of marijuana because the legalization may not apply to all areas within the state.

Although this seems to be in direct conflict with the recently passed Amendment 64, the reality is that the owner of any facility may place limits or special restrictions on marijuana use – even though marijuana was broadly decriminalized.

Amendment 64 specifically allows for any entity which controls, owns, or occupies a property to set the marijuana regulations for that property.

An airport is certainly an organization which will tend toward the side of federal regulation due to its status as a federally regulated facility.

The Transportation Security Administration (TSA) has stated it would not search for marijuana or other drugs and its more concerned with safety hazards and explosives but that any violations of federal law would be reported to law enforcement.

Airport officials say signs will be posted on doors to the airport which state that it is illegal to transport, transfer, display, use, consume, and possess marijuana in the airport. Individuals who violate the law could be fined up to $999.