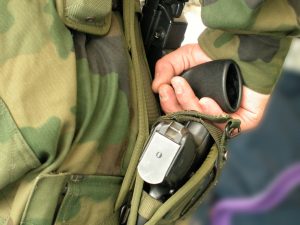 The American military campaigns in Iraq and Afghanistan have created a mental health crisis of unprecedented proportions within the veterans’ community. Post traumatic stress disorder, traumatic brain injuries, night terrors, depression, suicide, opioid addictions and other symptoms are increasingly prevalent. According to the National Alliance for Mental Health, nearly one in four active service members shows signs of a mental health condition. The Veterans Administration reports that, in 2014, an average of twenty veterans died every day from suicide. Six out of these twenty daily deaths were veterans who had accessed VA services in an attempt to get help.

Why the Veterans Administration is Exacerbating the Problem

It is a bizarre and unfortunate fact that the veterans’ mental health crises has spread unabated, in spite of the existence of a Veterans Administration with the mandate to help veterans. Systemic problems within the Administration caused a tragic scandal at the Phoenix VA in 2014. Secret waiting lists were found to contribute to the deaths of many veterans, who died simply waiting for basic treatment. In 2016, the Washington Times reported that the Phoenix VA was still improperly canceling appointments. This created a new backlog which resulted in the death of at least one veteran.

The Veterans Administration has also taken a vehement stance against medical marijuana, and this, too, exacerbates the suffering of those who need help the most. The LA Times reports that VA doctors not only refuse to provide any advice pertaining to medical marijuana, but they also record which veterans are using medical marijuana. This left vulnerable veterans fearing that they would be disciplined by the military or lose life-sustaining benefits.

In response to these critical problems, the marijuana legalization movement has found a powerful new ally. The American Legion – a large, historically conservative association of military veterans – is now supporting legislation that would reclassify marijuana under federal law. According to the LA Times, the proposed legislation would remove marijuana from the class of drugs without a medical benefit (such as heroin) and place it in the class of drugs with medical benefit (such as prescription painkillers). The shifting policy of such a conservative organization demonstrates the scale of the mental health crises. The Legion has recognized the desperate needs of its new members from the campaigns in Iraq and Afghanistan. It has also recognized the tragedy of veterans who are prescribed vast amounts of medication instead of accessing the simple benefits of organic marijuana. Many of these veterans  develop addictions to opioid painkillers.

Military veterans face a wide variety of symptoms and life changes which civilians may never fully appreciate. An experienced marijuana lawyer can help veterans protect their right to use recreational and medicinal marijuana in the state of California.

As Trump wages war on legal marijuana, military veterans side with pot , July 21, 2017 by Evan Halper and Lauren Rosenblatt, The LA Times