Once again, medical marijuana activists are seeking a measure that demonstrates responsible, self regulation on the industry, which is currently in limbo in Los Angeles, following the recent repeal of council’s pot shop ban. 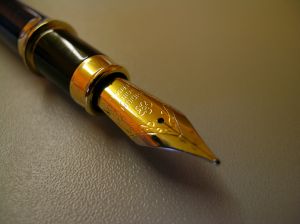 Los Angeles medical marijuana lawyers understand that this group, Angelenos for Safe Access Committee, recently filed paperwork with the city indicating its intent to put the issue of medical marijuana storefront regulation before voters in L.A. city next spring. Among the measures proposed would be zoning limits and mandated background checks for storefront marijuana dispensary employees.

This is actually one of a few efforts initiated by members of the medical marijuana community. As we previously reported in our Los Angeles Marijuana Lawyer Blog, the Union for Medical Cannabis Patients proposed two alternative regulation plans for council members to consider. That measure included requirements to maintain proper tax records, refund excess cash to members, keep up with building codes, restrictions on hours of operation, have adequate security at night, allow local police inside at any time, restrict access to minors, limit the number of patients to 100 and bar felons from operating a facility.

This was a measure that is intended to before council for a vote. The latest measure would be something that would be put to voters. That is, if it can get enough signatures. The group is hopeful, considering the overwhelming and lightning-fast citizen response received on requests to repeal the initial ban.

The proposed initiative is entitled the Regulation of Medical Marijuana for Safe Neighborhoods and Safe Access. The ultimate goal is essentially to create some semblance of order and clear guidelines for marijuana dispensary owner where a void has been left by the repeal of the most recent ban.

Among those stipulations of the proposal:

Regardless of which proposal may ultimately be successful, self-regulation is obviously preferable to the overly-restrictive policies previously laid forth by local legislators.