The cannabis industry has a good number of hand trimmers, those who don so-called “sticky gloves” to spend hours meticulously removing the undesired stems and leaves from the flower. It’s one of the most time-consuming elements of cannabis production, so many hand-trimmers get to know one another well, giving rise to the job having something of it’s own sub-culture within the the cannabis industry. 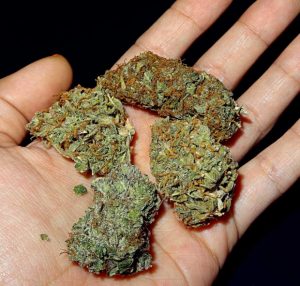 But that sub-culture might be threatened if auto-trim machines become increasingly popular. A human hand-trimmer can process somewhere between 1 and 3 lbs daily, and are paid a rate of roughly $12 to $20 hourly. Auto-trim machines, meanwhile, can process a great deal more – smaller machines between 3 and 5 lbs an hour and larger trimmers up to 60 pounds an hour.

It is true the machines can be costly, but they tend to pay for themselves very quickly. As our Los Angeles marijuana business lawyers know, the financial burden of heavy regulation and taxation plus fierce competition from the black market has legal cannabis companies keen to seize on anything they can to tamp down their costs.

Some consider proper trimming of the cannabis plant something of a craft, with many growers and consumers preferring the result of a plant handled with care by human hands. Some have even asserted that machines may degrade or even strip the natural properties from the plant.

Weed cultivators have said that while the machines may process dense buds effectively, those that are less dense can end up being overly-processed – something a hand-trimmer can help avoid. That means growers ultimately end up with more product to sell. Further, the product that is auto-processed tends to be less potent (which can have an adverse impact on one’s reputation and brand). One cannabis farmer said that when hand-trimmers are working on the crops, there is a bud-trim ratio of about 70/30. With a machine, it’s more like 50/50.

That’s why some who dived into machine processing early on have since abandoned it and gone back to relying on hand-trimmers. Smaller, boutique operators are more likely to make this choice, considering a point of pride and an advantage over the large corporations that mass-produce the crop.

At least a fair number of consumers seem willing to pay a bit more for buds that have been trimmed by hand, indicating they notice a difference.

Some cannabis growers have gotten around this with a technicality: Trimming most buds with a machine, but having live trimmers on hand to do touch up work.

Industry May be Slower to Change

As our Los Angeles marijuana business lawyers can explain, these are just a few reasons why hand-trimmers may not be completely obsolete, at least not right away.

Another has to do with the current rush on legal licenses to grow. So many new businesses and other states are entering the legal market, and many of those are keen to rely on what they know works. For those eager to get the ball rolling, it can be easier to hire temporary or seasonal staffers to complete trim jobs, rather than invest right away in a large piece of equipment.

Still, the demand for hand-trimmers overall is likely to shrink considerably in the years to come, especially as the demand for extracts grow. Those who consume marijuana buds for baking or smoking may favor the well-trimmed variety. However, those buying extracts never see the flower itself, so the quality of the trimming may be of less importance (unless it affects potency).

And it may be that the role of trimmers shifts rather than evaporates. Many trimmers aren’t assigned solely to this single task and are often called on to separate, de-leaf, clean and weigh the product as well as keep facilities organized.

The good news for marijuana retailers is that automation will mean greater supply which in turn means lower costs – and a better chance of competing against black market sales.

The ‘Green Dimension’: Inside the Lives of California’s Marijuana Trimmers, Nov. 29, 2018, The New York Times