Former President Bill Clinton says he didn’t inhale, but residents of his home state are one step closer to having that right. 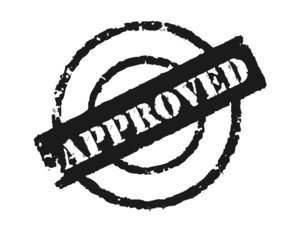 Los Angeles marijuana lawyers understand that the Arkansas Supreme Court recently upheld a proposed ballot measure that if passed would make the state the first in the South to make medical marijuana legal.

Plus, Connecticut has just begun the process of implementing legalized medical marijuana access for those with debilitating medical conditions who apply to the state’s Department of Consumer Protection.

All of this makes the current federal crackdown on California dispensaries, most recently in Los Angeles, appear even more ridiculous. When you have even historically conservative states recognizing the value of access to marijuana for medicinal purposes, the federal laws begin to feel even more outdated and pointless.

So far, we have 17 states in the U.S. plus the District of Columbia that have legalized medical marijuana. Plus, Massachusetts voters are slated to decide on a measure in November that would allow it, as are voters in North Dakota.

Of course, it’s worth noting that top officials in Arkansas do oppose the idea, but legalization advocates have gained a groundswell of support in their grassroots efforts. Previous efforts to get a law like this in the books in the South have previously failed, but we do know that two cities there have approved measures that make possession of small amounts of pot a low-priority issue for local police.

Now, the group advocating the statewide measure won the right to place the issue on the state ballot after turning in way more than the required 62,500 signatures. This was no simple feat, and it’s indicative of changing attitudes with regard to medical marijuana. Partly, it may also have to do with the $250,000 spent by the Washington Marijuana Policy Project initiative to promote it. But raising awareness isn’t buying votes, and in the end, it will still be the will of the people that decides the outcome.

A powerful backer of medical marijuana legalization and education is Joycelyn Elders. She is the medical doctor who was at one time tapped by Clinton to be the surgeon general. She caught a lot of heat several years ago when she proposed that marijuana legalization was an issue that should be studied. Now, she says, if you provide people with the hard facts of legalization, they will support it.

If the measure in Arkansas passes, it would allow patients with certain conditions to obtain the drug with a doctor’s recommendation. Similar to the guidelines used in California, such conditions would include HIV, AIDS, cancer, Alzheimer’s disease and glaucoma. Non-profit dispensaries would be allowed to sell it, though patients and caregivers who live more than a few miles away from those facilities would be allowed to grow it as well.

A coalition of conservatives had sought to block the measure from making it onto the November ballot, arguing the measure doesn’t address potential consequences of minors who are given the drug with parental consent.

However, the state Supreme Court justices disagreed, arguing that the conservatives were challenging the issue from a partisan basis, not a legal one.