As we reported on our Marijuana Lawyer Blog last October, Los Angeles sheriffs are obsessed with marijuana, whether it’s in dispensaries, in collectives, in your home or in your child’s trick-or-treating bag. Last year, local officers sent out a warning to parents urging them to keep an eye on their kid’s treats. Officials were claiming that residents were handing out marijuana-filled treats to our young trick-or-treaters. 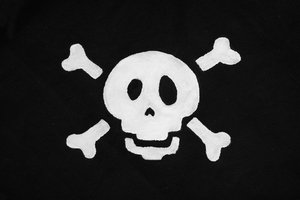 Well, our Orange County medical marijuana attorneys understand that the Los Angeles County Sheriff’s Department was at it again. They urged parents once again to keep an eye out for marijuana-enhanced candy, saying that residents are handing it out again, according to ABC News. It’s absurd that the sheriff is using Halloween as an excuse to scare people about marijuana. Where will these officers turn next? Will the Easter bunny put his marijuana in our children’s colored egg shells?

The sheriff’s department reportedly confiscated a number of edible items from marijuana dispensaries in the city. These items include snacks, soda and candy. Deputies believe they could somehow make their way to your child’s goody bag.

“If it doesn’t have a recognizable label on it,” said Sgt. Glenn Walsh. “If it’s not a recognizable brand, it should be considered at least potentially dangerous to the children.”

Some items are labeled with marijuana as an ingredient, but once that label is removed the items can be tough to spot, say local deputies. Walsh says that you can probably tell if it’s laced with marijuana if it tastes funny or if it has an odd smell. He says it won’t smell just like marijuana, but it will have that odd “skunk” odor.

Authorities are asking that all parents peek at their child’s candy before allowing them to dig in. They urge parents to keep an eye out for signs that indicate that your child may have eaten a marijuana-laced snack, too. Officials report that these signs include giggles, repetition, hallucinations, fast pulse, difficulty breathing, sweating, dilated pupils, confusion and disorientation.

According to Dr. Thomas Abramo, a professor at Vanderbilt University School of Medicine, these treats oftentimes contain very potent marijuana and kids may not be able to realize how much they’re eating.

Members of Americans for Safe Access (ASA) say that it’s absurd that people would even think that anyone would hand out marijuana-laced goodies to children on Halloween. They say there has never been any proof or any reports of any such thing happening. The only reason there are edible versions for the drug is so that patients can receive treatment even if they’re unable to smoke it. The group says that officers are simple trying to scare the public into believing marijuana is the true scare of Halloween.