Supreme courts should stop allowing all dispensaries to operate, says Long Beach City Attorney Bob Shannon. He says that they should stop operating until an appeal to the Supreme Court is decided. He’s talking about the appeal to provide more guidelines to cities regarding the governing of medical marijuana in Long Beach and elsewhere. 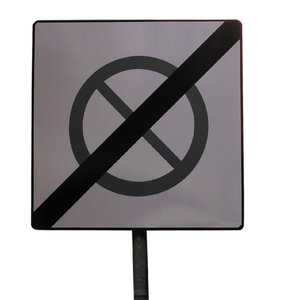 There’s a similar proposal in front of the Los Angeles City Council, too. Authorities are falsely claiming once again that these dispensaries are bringing crime into our communities and want them shut down until there are more regulations, according to Los Angeles Daily News.

For some reason there was confusion with the state appeals court ruling that said cities were able to ban their own medical marijuana outlets. State appeals say all areas should be governed with permits. Our Los Angeles medical marijuana attorneys previously told you about the permit processes that cities like Long Beach and Los Angeles already use to regulate the current industry.

Apparently, these regulations are too tough for Shannon to handle, as he’s asking everyone to be shut down in the meantime.

Long Beach City Council won that one though, allowing nearly 20 dispensaries (operating under permits) to continue operations for another six months. Still, with that small victory the Council also voted to place a ban on dispensaries that don’t have a permit. It all just seems like the City Council is wasting time until the state’s Supreme Court makes a decision. That decision may not come for another year. Then it would be determined if permitting these companies would be legal or not.

Officials estimate that it could be another year or so until the 35 or so dispensaries operating without a permit in Long Beach are shut down. And the LAPD has already worked to cut off operations at most all of the operations in San Fernando Valley that didn’t have a permit. Officers say that one dispensary was even recording thousands and thousands of dollars in profits, which is illegal under state law. State law says that dispensaries must operate as nonprofit organizations.

As we’ve been saying for years, regulation is good. It helps to form a bond within this industry. It helps us to fight for the rights that have been granted to us by the state of California. But a total ban is completely uncalled for and unjust.

What officials fail to realize is that patients won’t be prevented from getting their hands on the drug if these shops are shut down. They’ll be forced to be purchase it on the street, from real criminals, endangering our entire city, state, economy and safety.

Here at the CANNABIS LAW GROUP, we offer experienced and aggressive representation to the medical marijuana industry in Los Angeles and elsewhere throughout Southern California. Call 949-375-4734 for a confidential consultation to discuss your rights.