One of the largest medical marijuana providers in California has become the target of federal enforcement. 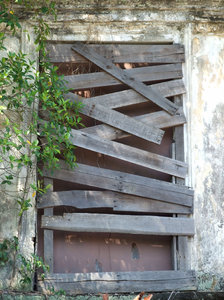 Our L.A. medical marijuana defense attorneys understand that Berkeley Patients Group, which was started in 1999, will close its doors at the beginning of May – another casualty in the war against marijuana, waged by federal authorities. It’s part of an agreement reached by the dispensary’s landlord and owners, and it was signed off on late last month by a superior judge in Alameda County’s Superior Court.

Even though the group has operated for more than a decade at its current location, the Northern California U.S. Attorney’s Office threatened to file a forfeiture on the property against the establishment’s landlord if marijuana continued to be distributed there. Never mind that the operation was completely legal under state law.

A letter from the U.S. Attorney’s Office said that the dispensary was violating federal law by selling marijuana in a location that was near two schools – a preschool and grade school for deaf children and a French bilingual school.

Then, in one of the most absurd arguments for closure of a medical marijuana establishment, the U.S. Attorney’s Office cited the potential for robbery as a reason why the dispensary should close. U.S. Attorney Melinda Haag was quoted by The San Francisco Chronicle as saying that dispensaries are full of marijuana and cash and are prime targets for robbery, and that many have been robbed.

Using this logic, perhaps we should look to start closing all gas stations and jewelry stores that operate near schools as well?

Haag says that while the sale of marijuana is illegal under federal law, she can’t go after all of them – the resources simply aren’t there. What she will do, she says, is target those that are near school in an effort to, as she says, protect children.

Perhaps we should also protect children from the threat of prescription pills – which have proven to be a much greater threat – by closing all pharmacies near schools? The argument simply doesn’t hold water. Unfortunately, logic doesn’t seem to be playing a defining role in the growing number of these cases.

The dispensary, which holds strong support from local officials (it was honored by the city council in 2009), said it intends to save the jobs of its approximately 70 employees and will continue to provide medical marijuana – just not at its current location. Still, that’s going to be tough considering all the additional rules and regulations that are now being imposed on dispensaries, and the fact that municipalities are becoming more and more fearful of garnering the attention of the federal government. Finding another welcoming location is going to be difficult.

The Berkeley Chamber of Commerce CEO was quoted as saying that the group had offered thousands of dollars in donations to local charities, as well as to the chamber itself. Even the executive of one of the local schools said the dispensary had been an excellent neighbor, and they have never had any issues at all with operating side-by-side with them. She added that the extra security offered by the dispensary has actually been an asset to the school.