Colorado has been center stage in the nation’s marijuana legalization debate. Advocates are pointing to revenue increases, decreased crime rates, and other positive benefits of recreational pot legalization. On the other hand, critics are waiting for negative reports to bolster their claims that legalization is bad for society, detrimental to youth, and generally, not a good idea. According to a recent report conducted by the Brookings Institution, the “big pot experiment” in Colorado has been largely a success. The rollout of Colorado’s marijuana policy created a new industry and its success is a contrast to the dysfunction at the federal level. 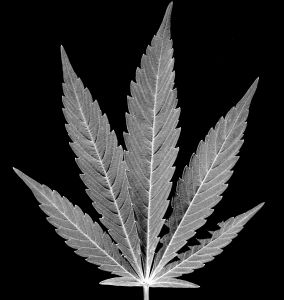 According to the 20-page Brookings Institution report, there are a number of reasons why the policy rollout has been successful, however it is not without challenges. Our Los Angeles medical marijuana attorneys are dedicated to protecting the rights of growers, medical marijuana users, dispensary owners, and other industry leaders. We are committed to staying abreast of changing marijuana laws in California and nationwide and can providing counsel, representation and legal support related to compliance issues or criminal matters.

The data compiled in the report is based on interviews with business and industry leaders, local law enforcement officials, as well as legislators. One of the most promising outcomes in Colorado is the willingness of opponents to work together to develop comprehensive policy. Brookings Institute representatives point out that the report is not a value judgment or a determination that legalization is good policy. The report is simply an attempt to review the actions of one state and to assess how successful that state has been in developing and executing marijuana policy.

Despite the nationally lauded tax revenue increases and practical considerations of the new policy, many critics are still concerned about public safety. For those against legalization, sustained use of pot and edibles continue to pose a public health risk. Evidence suggests that there has been an increase in fatal accidents involving marijuana users. Edibles have resulted in child injury. While some advocacy groups in California and nationwide continue to push for legalization, others push towards a middle ground of “leniency” which lessens criminal liability, without promoting the use of marijuana.

Despite critics, the report concludes that the roll-out was a success, in part because of the Task Force created on the “Implementation of Amendment 64.” The committee was made up of 34 members and produced a 200-page report within three months to address key policy issues. There were six primary actions that helped with the roll-out. First, the agency created the inventory tracking for every plant. The system also limits the complexity of the market to reduce regulatory challenges. According to the report, there were also early barriers to enter the market, mandating a period of time where only existing businesses could sell for recreational use. The state also imposed purchase limits, required video surveillance, and used revenues to fund oversight of the industry. Some of the problems with the roll out include overconsumption and insufficient handling of serving sizes.