As the marijuana industry develops standards for its product, new opportunity has arisen for business. 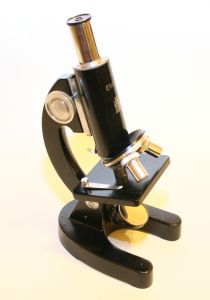 Our medical marijuana lawyers know that the recent legalization of marijuana has created entire markets that did not exist just a few short years ago.

As more dispensaries sprout up, the need to examine pot samples for purity and potency increases dramatically.

Labs are viewed as a method of quality control for marijuana products. Marijuana testing labs gauge the potency of medicinal marijuana using a high-performance liquid chromatography test. This method of testing is preferred to a gas chromatography test, which is unable to tell difference between different cannabinoids.

The liquid chromatography test is able to quantify the amount of cannabidol (CBD) and tetrahydrocannabinol (THC) along with several other terpenoids.

There are still some questions about the accuracy of marijuana testing . Although most dispensaries concentrate on testing THC levels for potency there is a chance that potency can differ by as much as 10% between two different buds from the same plant.

To make matters more complicated, a large group of buds will likely contain buds from multiple plants and possibly even additional strains. This is because a grower will rarely grow only one type of plant and mistakes can happen.

In addition to the differences mentioned above the dryness of the bud can have a significant affect on the way it tests in the lab.

The testing methods can accurately determine the amount of these compounds in dried marijuana plants that will be smoked and other marijuana products that have cannabis extract.

It is important that medical marijuana products are tested for potency before being given to patients. There are reports of patients vastly underestimating the amount of THC in their medicinal cannabis.

The importance of testing is not limited to only THC potency, in the case of chemotherapy patients it is important that medicinal marijuana does not contain THCV, because THCV is an appetite suppressant.

Aside from testing for various cannabinoids, marijuana labs are also important because they can test for unwanted ingredients such as harmful bacteria, pests, fungus, and mold.

Experts say that there is really not a great barrier to entering the marijuana lab testing market. Traditionally, a basic knowledge of chemistry, a gas chromatograph, and a few other pieces of equipment make it possible to get a laboratory up and running.

At this time there are no standards or special permits required to run a lab so almost anyone with the appropriate capital can get started.

The situation is certainly complicated by whether these necessary institutions are legal under current state laws that have focused on legalizing the distribution and production of marijuana but not necessarily the testing or quality control.

Many proponents of marijuana testing feel that standards for laboratory testing will not only benefit patients but legitimize the marijuana industry as a whole.