The Herculean task of tracing every lawful cannabis plant from seed-to-sale in the largest legal marijuana market in the world was never going to be easy. Although the California Track-and-Trace-System formally went live at the start of this year, it’s still not fully-live. 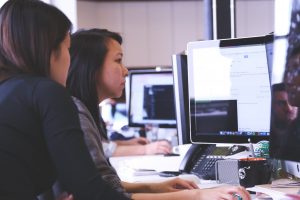 In fits-and-starts, the red tape system intended to enforce regulation and streamline product standards for safe legal marijuana has unrolled with its fair share of confusion, additional costs and headaches.

Yet many Los Angeles marijuana business lawyers compare it to a root canal: It’s not cheap or pleasant, but it’s got to be done to establish market legitimacy. Working with a cannabis attorney can help the process go much more smoothly with faster, more decisive answers when uncertainty arises.

At this juncture, numerous companies are working within the system with much greater ease. Still, that’s not to say every sativa in the supply chain is being adequately followed – even by companies doing it right. We know not every state-legal marijuana business is using it yet – only those that secured annual or provisional licenses.

Cannabis companies still operating with temporary business permits (how everyone in the industry started/operated through last year) aren’t. The temporary permits will all expire this month.

Problems With CTTS So Far

Many California marijuana businesses that have adopted the system so far say logistically, it works fairly well and does achieve the end goal of making registered and products difficult to shift into gray or black market territory.

The one major exception to system satisfaction is retailers. They are required to have each product clearly identified and uniquely tagged. But until all their suppliers/growers are licensed and on-boarded, retailers are stuck. The state has instructed retailers to buy stickers to slap on products in the meantime. This, retailers say, has led to some sales outlets making up false origin stories of their products just to get their products loaded into the system so they can be compliant and sell it.

Some growers also say it’s inefficient because the metrics used don’t comport with their practices, so they’re having to weigh their supply in tiny batches, rather than more efficiently in bulk.

Finally, some companies grumble about the lack of accurate information when competing legal companies still aren’t using it. In turn, the data collected isn’t providing a full picture – not of their competition, not of how the legal market compares to the black and gray markets and not of their deep concerns about oversupply.

When Will CTTS be Full Integrated?

As noted, temporary permits will expire this month.

Employees at three state agencies have spent the last several months churning out annual licenses and provisional licenses for marijuana businesses. As of this writing:

The hope is that sooner or later, all legal entities will be licensed and dialed into the system, with the goal of helping it all run more smoothly with greater transparency and accountability. For those still struggling with the process, having a sharp marijuana business permit attorney on call has proven extremely useful for a large number of those firms whose applications have been successfully processed and integrated. The risk of operating once a temporary cannabis business license has lapsed is a $20,000-a-day fine in Los Angeles.