California residents and visitors over age 21 have for the last couple years enjoyed access to legal, recreational cannabis –  up to an ounce and within the regulations set forth by the California Bureau of Cannabis Control. 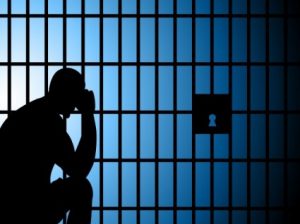 But what if a person is found with pot in prison?

That was the question before a California appellate court weighing the legality of five convictions for possession of marijuana while incarcerated by the state. The court ruled to overturn those criminal cannabis convictions.

Justices did note that while ingesting or smoking marijuana while in prison may still be considered a felony charge, possession of the drug isn’t spelled out in the plain language of pertinent statutes, California Health and Safety Code section 11362.45 and 11362.1, which expressly impose penalties for use, but not possession.

Still, this is important because while they may face additional penalties for violating the rules of the prisons, they won’t have years more tacked onto their sentences for felony charges.

In reaching its conclusion, the court took note of a similar argument weighted by the 4th Appellate District in 1993, when an inmate checking into a minimum security prison as required by the terms of his work-furlough probation program, smuggled drugs into the facility to assist with chronic back pain and a sleep disorder.

Defendant in that case had a prescription for the drugs, so he was lawfully allowed to have them. However, he didn’t have approval from the jail (whose authorities had deemed those medications too strong) and instead tried to smuggle the pills between his toes.

He was charged violations of California Penal Code sections 4573 as well as 4573.5, prohibition on individuals bringing any controlled substances into prison – regardless of whether they had a prescription from a medical doctor.

State prosecutors argued the jail had a right to bar persons from introducing any controlled substances into a penal institution – whether a person had a doctor’s prescription or not. The appeals court rejected that argument for purpose in favor of the plain language of the statute in question – which allowed holds that one may bring controlled substances into a prison if an exception applies – which in that case it did. The court rejected the Attorney General’s argument that this reasoning would bring “absurd results” because No. 1, inmates were already allowed to bring their prescriptions to the jail so long as they were prescribed (they just aren’t allowed to take them without corrections oversight) and No. 2, one can still face adverse consequences for violating prison rules – which are separate and distinct from criminal law.

If you are arrested in California and have marijuana/edibles/tinctures, etc. on your person, as long as you’re 21 and it’s within state-regulated amounts, by the appellate court’s ruling, you are probably within your legal right to have it on you in the facility. However, if you consume it there, you could still be facing big trouble.

Our cannabis criminal defense lawyers can help answer your questions, should you have them.