In April 2017, Governor Jerry Brown signed an executive order which declared an end to the state of emergency in California related to the drought. This lifted many of the legal restrictions placed on water use of California residents and businesses. Unfortunately, California’s water woes are far from over. Marijuana farmers and grow operations are finding it particularly difficult to meet their high water consumption requirements while meeting obligations under state water laws. 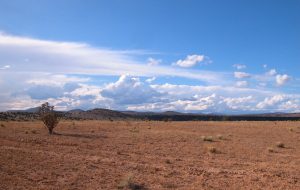 The Conflict Between Business Needs and Conservation of State Resources

California’s Mojave Desert is the site of many new cannabis grow operations. News Deeply reports that American Green (the country’s largest publicly traded marijuana company) purchased the entire town of Nipton, California. Nipton is home to twenty residents on eighty acres of land. American Green plans to turn it into the first cannabis resort in the United States. The resort will boast Wild West themed amenities, employee housing, and bottled water infused with cannabis. Unfortunately for American Green, the huge water demand of these activities could conflict with the provisions of California’s new Sustainable Groundwater Management Act. For the first time in California’s history, groundwater users must ensure that aquifers to not suffer from chronic depletion. Business owners now have a legal obligation to ensure that their depletion rate of groundwater aquifers does not chronically outpace the recharge rate by precipitation.  This places responsibility on private business owners to manage their use of valuable natural resources. In the area surrounding Nipton – where a golf club and the world’s largest solar thermal power plant have already placed significant demands on area groundwater – this responsibility could become onerous.

These concerns raise a larger policy debate about water rights in the desert. With drought water conservation restrictions only recently being lifted by Governor Brown, California is far from having a surplus of water resources. While this state resource must be managed appropriately, it is also difficult for business owners to sustain profitable operations in the face of serious water restrictions. And yet they have legal obligations to protect state resources. When asked about American Green’s depletion of its groundwater aquifer, its president claimed that “We have access to a very large aquifer, and we’ll be using it accordingly. If it’s 32 million gallons, and we take a million or two, it won’t be noticed.” This nonchalant attitude may not bode well for either water protection in the Mojave Desert or sustained profitability of American Green. It will be especially problematic as American Green launches an entire product line based on the depletion of its groundwater.

With water rights more important now than ever, cannabis business owners need the experienced advice of a cannabis business license and permit attorney. An attorney will ensure that your business has submitted accurate applications and received all permits and licenses required for lawful business operations. He or she will also ensure that cannabis farmers and grow operations receive fair water rights, and are not placed at an unfair advantage by the nature of their businesses.