A recent article out of Washington reports that California’s marijuana growers have shifted plots from national forests to farmland, according to the Fresno County sheriff, who testified to the Senate Caucus on International Narcotics Control.

Admittedly, medical marijuana in California is a difficult industry because while many small businesses sell marijuana solely for medicinal purposes, others use it for illegal uses. Illegally operating growers sometimes make shipments to legal dispensaries and then ship out of state to illegal users and distributors. 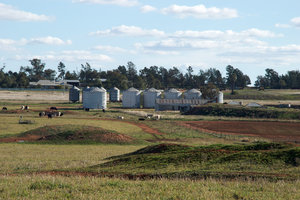 This is why our Riverside medical marijuana lawyers have been so busy helping people throughout California who have faced problems simply for following California’s laws, which were originally put into place more than 15 years ago.

Whether it is law enforcement interference, or problems from federal authorities who don’t respect California’s laws, or the reaction of local officials scared of both groups, these small business owners have been under the gun in 2011. Our marijuana lawyers hope that things simmer down in 2012.

Senators said that the Central Valley is perfect farmland for marijuana because of abundant sunlight, fertilizer and irrigation. While senators were encouraged that marijuana isn’t being grown on public land, the shift has been to private farmland, the article states.

Officials believe that the marijuana industry has given Mexican drug trafficking gangs a cover for their operations. And this hurts legitimate businesses. With law enforcement snooping and federal authorities bringing pressure, people who are trying to run dispensaries the right way can unneeded pressures.

If people are illegally operating marijuana farms and illegally distributing it to non-authorized users, it paints all businesses in a bad light. This increases prices, leads to shut downs in businesses and, ultimately, hurts patients.