The California Department of Justice recently released a summary review of the state’s marijuana laws, leaving cannabis industry insiders are anticipating a crackdown on the black market. 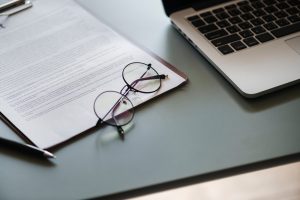 Attorney General Xavier Becerra’s 16-page document is being referred to as California’s Marijuana Bible summarizes state laws and draws clearer lines as to what is legal – and what’s not – when it comes to medical cannabis. The guidelines are especially focused on the growth, enforcement, transportation and use of medicinal marijuana, and they come after significant changes in the state’s laws pertaining to recreational cannabis.

The record scans through two decades of state law, regulations and guidelines of the growth, sale and transport of medicinal marijuana. Although the Attorney General’s Office referred to it as a reflection on the evolution of the state’s laws, many cannabis lawyers and others see it as a warning shot to unlicensed marijuana operations.

As our marijuana attorneys scanned through the record, we noted there is nothing brand new here, though many of the newly-licensed marijuana operations are pointing to this as a positive indication that the state will be taking a more active role in shuttering unlawful operations. Many saw it as a reaffirmation that the department is beginning to take some ownership of the situation. They also essentially lay the road map for law enforcement, revealing how state and local law enforcement should be handling any medical marijuana criminal cases that might arise.

In spite of the fact that voters moved to legalize both medicinal and recreational marijuana in our state, local governments are generally afforded wide discretion in ascertaining whether to allow a marijuana operation to operate.

For many years, law enforcement policy on marijuana was generally to take action first and then whittle down the charges later on. The Attorney General’s action here is a reminder that we have an industry that is both licensed and legal, and law enforcement agencies need to respect that.

Further, it gives medical marijuana patients a clear indication of their responsibilities and rights under the law. This is especially important because the laws and regulations aren’t always crystal clear.

Some predict that now with these guidelines in place, it’s likely we’ll begin seeing the state’s Bureau of Cannabis Control teaming up with local law enforcement agencies to carry out some of these anticipated enforcement actions.

The Department of Justice’s guidelines begin with a summary of Prop 215 in 1996, which made California the first state in the country to legalize the drug for medicinal purposes.

Then in 2004 came the passage of Senate Bill 420, also known as the Medical Marijuana Program Act, that required the state health department to create and maintain a program to track registered medical marijuana patients as well as their primary caregivers.

In 2015, Senate Bill 643 and Assembly Bill 266 (known together as the Medical Marijuana Regulation and Safety Act) were signed, establishing a state-level regulatory and licensing system for growing, manufacturing, delivering and selling medical cannabis. That law went into effect at the start of 2016, but was repealed the following year with the passage of the Medicinal and Adult-Use Cannabis Regulation and Safety Act (just after the passage of Prop 64, also known as the Control, Regulate and Tax Adult Use of Marijuana Act), which legalized recreational marijuana for adults 21 and over and set forth a system in place to manage the new industry.

Guidelines for the Security and Non-Diversion of Cannabis Grown for Medical Use, August 2019, California Department of Justice