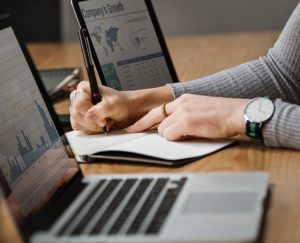 Los Angeles marijuana investment attorneys know that first of all, the profile of cannabis company investors differs from that of the norm. Part of this is because many of the cannabis start-ups are simply too small to go for the big fish. What they can do is seek buy-in from single, high net-worth individuals. Another reason these arrangements are atypical is because investors need to know there are some elements that are a bit in the legal gray zone. Huge firms aren’t likely to buy-in for such a risk with relatively low returns (compared to their average). Most of this stems from the fact cannabis remains categorized as a Schedule I narcotic.

Even with the exit of U.S. Attorney General Jeff Sessions (who promised to roll back the Obama-era protections from federal prosecution), banks are still reticent to do business with or accept deposits from cannabis firms. (Though it is true that marijuana stocks soared after Jeff Sessions resigned).

A marijuana investment lawyer in California work for investors to help ensure the decision they’re making is legally sound. It’s true that someone like any other investment company, such as examining enough deals to make sure you’ve properly vetted the one on which you settle and that it truly seems like a promising deal But beyond that, there are legal issues specific to the industry and special regulations just in California about which investors need to be aware. For example, California marijuana is currently taxed at high rates and has a lot of competition from illegal black market sales. (Investors should be closely watching the recent proposal of AB 286 which proposed rolling back some of the tax burden for marijuana businesses).

Another potential issue is that by signing documents that are filed with state regulators, investors might be put at odds with federal law. Unless a product is going through the U.S. Food and Drug Administration, other businesses that profit from marijuana – even if they don’t have any part of growing or selling it – technically violate federal law.

That doesn’t mean investors should shy away from opportunities. There are plenty. To cover your bases, talk with a marijuana investment attorney.

CBD-Only Shops Cropping Up in California, Even in Cities Where Cannabis is Banned, Jan. 21, 2019, Los Angeles Marijuana Attorney Blog