Today marks a major victory for patients’ rights advocates and those invested in the battle for safe and legal medical marijuana dispensaries in Los Angeles. 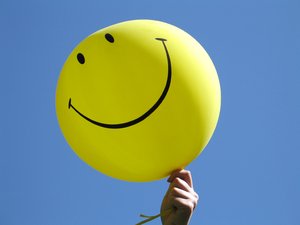 State appellate court judiciaries in City of Lake Forest v. Evergreen Holistic Collective have ruled in favor of medical marijuana dispensaries and rejected the argument that cities could ban these establishments by using local nuisance ordinances, thereby circumventing the voters’ clear choice several years ago to legalize the use and sale of marijuana for medical purposes.

Our California medical marijuana attorneyshave work exhaustively on behalf of medical marijuana collectives in Lake Forest and the surrounding areas. And we know that this ruling goes against an earlier preliminary injunction that was passed down by an Orange County judge almost two years ago. That decision would have shuttered Lake Forest’s Evergreen Holistic Collective, but a stay was issued until a higher could make a decision.

In the interim, federal authorities shut down the operation a few months ago. A hearing on that issue is scheduled for later this month.

Still, this ruling is monumental for dispensaries throughout the state because it means that while municipalities do have the power to regulate these legitimate businesses, they can’t continue to disregard the will of the people by trying to shut them down by using nuisance laws.

One justice wrote that the city had requested the nuisance injunction not because the dispensary was being operated improperly or due to any complaints by local residents, but rather because it was operating period. The justice went on to say that while he understood the ruling may disappoint some, legislators and policy makers are bound by the will of the people.

“Although courts will continue to resolve disputes over the meaning of the (Compassionate Use Act) and (the Medical Marijuana Program Act’s), policy choices about the role of medical marijuana in this state, including any changes or adjustments that may be made, rest ultimately with the people and their representatives,” the justice wrote.

“Based on this holding, the City of Sante Fe Springs may not ban collectives as they have done. They also may not try to rid their city of dispensaries using strong-arm tactics, such as sending the cease and desist letter to the Plaintiff, demanding that they evict the defendants.”

While the ruling backs the right of these dispensaries to continue to operate, they did decide that non-profit collectives may only dispense marijuana from the place in which it was grown. That means it can’t be grown somewhere else and then delivered to be sold in a storefront.

This is a hard-won achievement for those who purchase and sell marijuana for doctor-prescribed, medical purposes. These individuals have been continually harassed by state and local officials, who have continued to attempt to thwart their operation at every turn.

Representatives for Evergreen said that what mattered most in this case was the ability to be able to operate in their home community, rather than having to commute to San Diego or L.A. to have obtain their medicine.

Still, the fight is not over yet. The issue of differences between state and federal law has yet to be ruled upon by the nation’s highest court.

These type of cases will continue to be of top concern for everyone in California, and our medical marijuana defense attorneys will continue to stand on the front lines in defense of the rights of patients, collectives and growers.