According to a recent news feature from the Evening Sun, a California sheriff’s deputy has just been arrested for allegedly being in possession of around 250 pounds of marijuana. Authorities in York, Pennsylvania have said they were involved in an investigation into the sale of illegal drugs that resulted in the arrest of the three defendants, including the deputy from California. 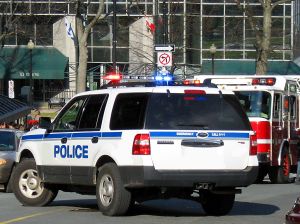 During a press conference following the arrest, police and prosecutors had a table displaying many bags of marijuana, a lot of cash fanned out to show they were mostly $100 bills, as well as a semi-automatic handgun. There was also evidence the police allege were indicia of attempts to sell the marijuana. Though, regardless, of whether or not there as any paraphernalia consistent with the sale of narcotics, it would be pretty difficult to credible argue that 250 pounds of marijuana was for personal use. Authorities have also stated there were several different agencies that were participating in a taskforce that was ultimately responsible for the large scale marijuana arrest of a defendant from California.

Specifically, this large scale drug bust occurred Christmas week and began with a traffic stop. In the car were the three defendants who were trying to the deliver the marijuana to a local buyer. However, as a member of taskforce stated, this traffic stop was not conducted, because they noticed the car had a broken tail light. At the time officers approached the car, they already had a warrant in hand to search the vehicle. While they obviously knew the car allegedly contained marijuana, they did not know that one of the defendants was a California sheriff’s deputy. They reported finding his badge and his service weapon (the handgun displayed on the table) along with other evidence. In total, they reported to have discovered 122 sealed bags of marijuana weighing a total of 250 pounds, and $11,000 in cash.

Prosecutors said they marijuana seized in the bust had an estimated street value of $2 million, but it is common practice, as Los Angeles marijuana defense attorney have seen, for prosecutors and police to unrealistically inflate the value of drugs when claiming a street value. It has also been reported that the three men in the car surrendered without incident and the law enforcement officer admitted to being a deputy for the Yuba County, California police.

Those involved in conducting the arrest and securing the probable cause for the warrant said they were “saddened and angry” when they learned that one of the defendants was a law enforcement officer. This is is especially true, they said, because the task force members were engaging in a dangerous job. They also said that all defendants in the vehicle were from California, but they did not state how they knew they had drugs in the car, but is likely that the alleged buyer or someone else who connected the alleged sellers with the intended buyer was a confidential informant (CI) or and undercover officer (UC). It should be noted that the three defendants have not been convicted with any crime in connection with this recent arrest and are all presumed innocent unless and until they are found guilty in a court of law.