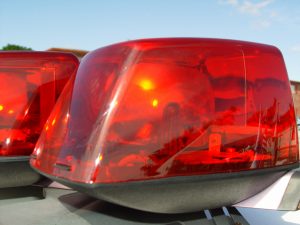 California Vape Manufacturer, Kushy Punch, has been accused of operating both legal and illegal cannabis operations, according to state authorities. On October 3, state officials followed a tip to a warehouse in Canoga Park, where a raid turned up an illegal manufacturing operation seemingly run by the well-known state-licensed company, Kushy Punch.

If you need help with business licensing and permits for your cannabis business, our Southern California business marijuana attorneys are here for you.

Kushy Punch Denies Wrong-Doing
In a written statement, a lawyer for Kushy Punch confirmed the manufacturing facility and products in question do belong to Kushy Punch, yet denied the company is releasing illegal products for sale.

Instead, the statement claimed the cartridges in question were all found in a box that was labeled for destruction. That’s because the products were no longer viable – their batteries had ceased working while being held in storage for two years or more.

Anonymous Source Claims Kushy Punch Runs Two Separate Businesses
An industry insider acquainted with Kushy Punch, claims the state-licensed outfit is running two facilities – one for licensed or above board products, and another specifically for the illicit market.

The source suspects that clean tested marijuana was funneled through the licensed Kushy Punch facility, then out into the legal supply chain. While the cannabis that may not have met with California’s rigid pesticide benchmarks was sent to the illegal kitchen, extraction lab and pen factory.

The informer also claims all of Kushy Punch’s black market operations are going to the Canoga Park facility, and that “they are using untested black market oil that is heavy in pesticide.”

The cannabis company’s legal statement further denies allegations of illegal activity. Instead it claims all Kushy Punch products endure extensive testing to be sure all products are safe, compliant and properly approved for sale.

Photos taken during the initial investigation show the Kushy Punch facility apparently performing petro-solvent extractions, where the THC (the active ingredient in cannabis) is concentrated by a technician. This practice is legal in California, so long as it’s done with a permit. But the extraction method can also concentrate pesticides within the cannabis, as well as the THC. Therein lies the obvious health danger.

Investigations are Ongoing
Investigators found the San Fernando Valley facility appeared to be using extracts both in disposable vape pen cartridges as well as legitimate-looking THC food products. When raided, the facility was holding thousands of boxes of Kushy Punch packaged edibles, seemingly ready for sale and consumer consumption.

Legal Implications
A number of cannabis manufacturing companies have existed both pre- and post-licensing eras. It should come as little surprise then that a lure exists for some companies to seek business operations on both legal and illegal sides of the isle. What will be interesting to see play out, is just what will happen if a big, above board player is found to be dabbling in both arenas. It is highly likely that should a licensed cannabis company engage in illegal business activity, that those licenses probably won’t be held for much longer.