The Navy Times is reporting a 77-year-old Vietnam War veteran who has spent the last 22 years in the U.S. Air Force was terminated from his position as the dean of academics within the Air Force Special Operations School after superiors learned he was using cannabis oil to treat prostate cancer. 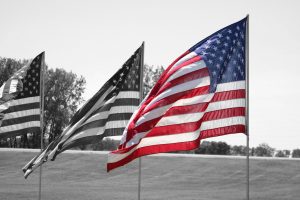 Mind you: This was non-psychoactive CBD oil, an extract that does not make you high.

As long-time Orange County marijuana lawyers, we have run into more than our fair share of employment-related issues. In fact, our clients trust us specifically because California cannabis employment law is a primary area of our legal focus. That means if you feel you have been wrongly terminated for a cannabis-related issue, we can advise you during a free initial consultation whether we feel you have a valid claim that deserves to be pursued.

Cases against the U.S. government, of course, are going to be quite tricky because the federal government considers marijuana to be a Schedule I Controlled Substance, unlawful under any circumstances – even for someone with a lifetime service, suffering from cancer and three years shy of being an octogenarian.

He’d been dismissed from Hurlburt Field in Florida, where he had been serving as a dean for nearly the last decade. The reason cited for his termination was use of CBD as a Schedule I narcotic. He appealed that decision, but it was ultimately upheld by the Special Operations Training Group commander, who indicated the termination would be a permanent mark on his retired airman’s file.

In response to the ruling, plaintiff filed for retirement just HOURS before his scheduled termination was to take effect. This was likely advised by an informed employment attorney because in so doing, the veteran will be allowed to preserve his retirement benefits.

Scientific and medical research details a long list of benefits patients derive from CBD oil. Among those conditions wherein CBD has provided relief (particularly among soldiers):

The veteran told the Navy Times that while his life has been blessed, almost like a storybook, he laments that his career has ended on a note like this, and he wants to protect his legacy.

Of course, the legacy he has is already quite an impressive one. It includes listening in on enemy communications as a Mandarin linguist. He was also an air intelligence officer with the 18th Tactical Fighter Wing. He worked too as an air targets intelligence officer and sensor operations detachment commander.

He left for a time to work in 1982 for the Saudi Royal Air Force as an instructional systems adviser. He earned two master’s degrees and later a doctorate in administration of higher education.

But even all that was not enough to shield him from the U.S. military’s zero tolerance laws for marijuana. The military does not allow active personnel to use medicinal marijuana.

The veteran was diagnosed with prostate cancer two years ago, at which time he initially was going to undergo chemotherapy and radiation, but later opted to go an alternative route of non-psychoactive CBD and mushrooms and dietary supplements.

But a list of accomplishments in both the military and civilian sector couldn’t protect Cobbs from the military’s strict stance on the increasingly debated topic of medicinal marijuana. His CBD “vape pen” he brought to work with him as part of his daily treatments, and at one point even openly discussed it with a colleague who also had just been diagnosed with cancer. During that discussion, another colleague overheard and reported him.

The veteran doesn’t have a medical marijuana card, but indicated his CBD is supplied through a recommendation from his doctor, a claim that was verified. Several co-workers spoke to the Times on background and said the supported the veteran – and his use of CBD.

The veterans’ cancer, the Times reported, is now in remission.

He is moving forward with plans to appeal the case of unfair termination – saying he’ll “take it all the way to the U.S. Supreme Court if I have to.”
The Los Angeles CANNABIS LAW Group represents growers, dispensaries, collectives, patients and those facing marijuana charges. Call us at 949-375-4734.
Additional Resources:
Head of military school fired for using marijuana extract to treat cancer, Oct. 10, 2018, By J.D. Simpkins, The Navy Times
More Blog Entries:
Legality of Online Marijuana Sales Questioned, Sept. 30, 2018, Los Angeles Marijuana Lawyer Blog
Contact Us
Connect