Thirty states across the nation have joined the wave of cannabis legalization, either medical or recreational. 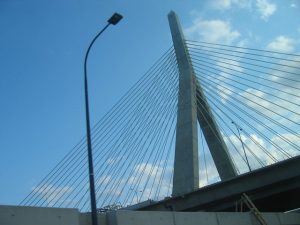 California, the first state to legalize medical marijuana in 1996, has legalized recreational sales and use as of the beginning of the year thanks to the Adult Use of Marijuana Act.

Our legal team at the Cannabis Law Group of Orange County is closely familiar with the regulations necessary to make such legalization possible, and the many variations of permits and guidelines required to operate from city to city, county to county, and of course, state to state, with considerations for the bans that still exist on the federal level.

Now Massachusetts is joining the great state of California on the path to recreational marijuana legalization with a new draft of cannabis regulations being approved by the state’s Cannabis Control Commission. Voters passed Question 4 in 2016, and An Act to Ensure Safe Access to Marijuana was signed into law by the governor of Massachusetts in summer of 2017.While the regulations are not final, some were given preliminary approval during the recent vote. The more than 100-page set of regulations will have to be discussed at public hearings before final approval, due by March 15.

If everything goes as planned, commercial cannabis sales are set to rollout in the state July 1.

According to an article from the Associated Press, there were several hot-button issues in the commission’s discussions of the regulations, such as:

The commission hopes diversity efforts would help lift up economically struggling areas as well as minority groups who historically have frequently found themselves as targets of anti-drug campaigns.

For home delivery, a proposed rule would require drivers to check ID, confirm the recipient is 21 or older, and obtain a signature. A marijuana advocacy group in the state is seeking to remove the signature portion of the rule. Overall, with a few such exceptions, the group called the proposed regulations sensible and strong.

As for research facilities, the commission would like to see any human testing first approved by an institutional review board. They would need a license that allowed them to purchase and cultivate cannabis that would differ from those seeking sales. Test subjects would have to be at least 21 years of age, if the rule goes through.

While Massachusetts is just beginning to iron out these commercial marijuana regulations, California is neck deep in the process. The state government put their rules into place and, like Massachusetts, gave power to individual cities to establish their own guidelines or bans as they saw fit. This can be a challenging, but rewarding, time for those seeking to open a new marijuana business or to expand medical-focused operations to recreational.

With the help of an Orange County marijuana regulation attorney, we do the heavy lifting sorting through the numerous rules and regulations. This allows you to focus your efforts on running your business with peace of mind knowing that you are in compliance.