Because medical marijuana is still illegal under federal law, still classified as a Schedule I narcotic per the U.S. Controlled Substances Act of 1970, paying taxes can be somewhat tricky. There is no question you are asking for trouble if you refuse to pay your California state taxes. But when you aren’t legally allowed to write a check, some accounting acrobatics are required to follow the law. 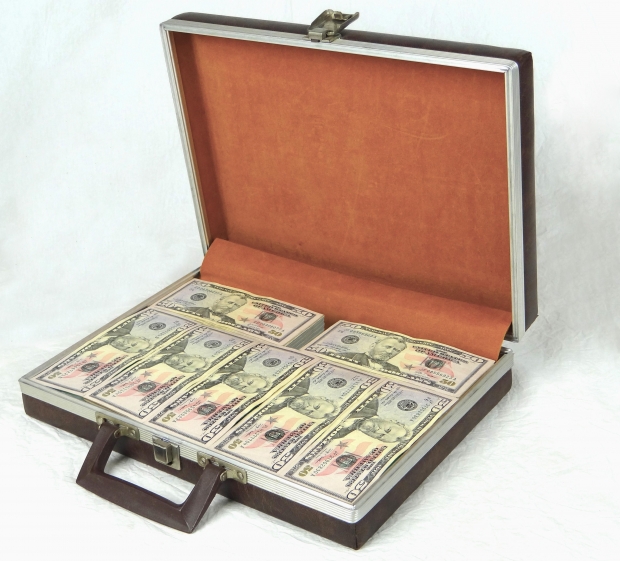 A recent news feature from The Guardian describes the rather interesting scene on tax collection day in Sacramento, where medical marijuana industry representatives line up to pay their taxes.

Owners of medical marijuana dispensaries, delivery services and grow operations cannot simply have a checking account like every other business. Most banks, being FDIC insured, must adhere to federal banking regulations. The most relevant of those many regulations to the medical marijuana industry is that a bank cannot maintain funds that are the known proceeds of a criminal organization. Marijuana is still illegal under federal law. Therefore, the issue of the legality of those funds is murky. Banks don’t want to run afoul of federal law, so they’ve simply closed their doors to the marijuana industry.

This creates a lot of problems. It is risky to have large amounts of cash, because that makes these businesses an even greater target for robberies. It is also risky in case there is a fire, flood, or other catastrophic loss of the building. Unlike having money in an FDIC-insured bank, when you have your money in a safe, and the safe doesn’t survive a natural disaster, you can lose everything.

Even the act of actually paying the taxes is problematic. The owner of a medical marijuana dispensary in Los Angeles, for example, has to take thousands of dollars in cash and personally bring it to the tax collection office for payment. This makes them a big target for robbery, which is concern of state regulators and those in the industry.

Tax offices have been swamped with enormous amounts of paper money they are not prepared to deal with. According state workers, the money smells like marijuana. The smell is so strong the office will smell heavily of marijuana for days.

The medical marijuana companies are also prevented from using credit cards and in most situations are unable to take credit card payments from patients. It is not easy being a cash-only business in 2016.

To fully describe the scene at the tax offices through California, employees say it is not unusual for a business owner to come into the office with a large bag full of $400,000 in cash and basically dump the money on the counter and have to wait there while employees count it and type up a receipt.

Those in the industry and in government are even more concerned about how difficult it will be to run a cash-only business if recreational use of marijuana passes, which seems to be an increasingly likely proposition in California.