City leaders in northern California are moving forward with plans to ban outdoor medical marijuana cultivation operations, saying that it has attracted crime and become a nuisance. 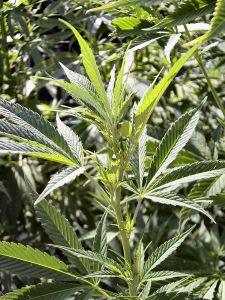 Los Angeles marijuana lawyers know this is contrary to what numerous recent studies have uncovered, including:

Despite all this, council members in Sacramento are citing crime rates as the reason for quashing outdoor marijuana cultivation efforts there. The measure passed 8-1, with council directing city staffers to draft an ordinance that they could then approve.

During the recent discussion on barring outdoor grow efforts, some council expressed a desire to increase the required distance from parks and schools to 1,000 feet.

There is currently a moratorium on medical marijuana dispensary permits from the city, after a series of federal crackdowns in the area. Those dispensaries that were already open prior to federal intervention have been grandfathered in and allowed to remain open, meaning there are a total of 17 in the city.

The city hasn’t moved to shut down those facilities, but it does want to limit the ability of dispensaries and collectives to grow the plant in their back yards. The police department has said there has been a spate of burglaries and “other” crimes related to these operations. One that was mentioned was a homeowner who fired gunshots in the direction of intruders on his backyard property and another incidence in which a resident was robbed of his marijuana. However, our marijuana lawyers think a closer look of the statistics might bear out that rates of crime surrounding cultivation operations are no higher than anywhere else.

A representative for the local Americans for Safe Access chapter implored the council to wait to make a decision until the federal government’s stance against the industry is finalized by upcoming legal battles. The city, however, plans to move forward with restrictions anyway.