Gov. John Hickenlooper has signed off on Colorado Senate Bill 241, which regulates the growth and trade of industrial hemp in the state. 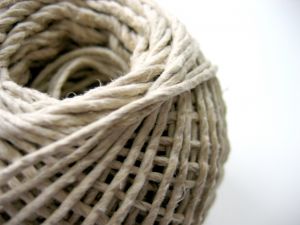 Our Colorado marijuana lawyers know that this measure will give the state a huge leg up in the commerce sector, as even the federal government has thus far failed in passing a similar law. In fact, just days before the success of Colorado’s industrial hemp law, a national measure that would have amended the U.S. Controlled Substances Act to exempt hemp sputtered out in the Senate, to the grave disappointment of farmers and the bill’s legislative sponsors from Oregon.

In Colorado, the new law authorizes the establishment of a department inside the state’s Department of Agriculture. This department will be responsible for oversight of the commercial hemp cultivation regulation. Hemp, as you may be familair, is a distinctive type of the cannabis satvia plant species. Hemp contains only small amounts of THC, which is the main psychoactive component in cannabis.

Among the various products for which hemp can be used to create:

Those are just a few examples.

What the new Colorado law does is classify strains of cannabis that contain no more than one-third of one percent of THC as allowable for agricultural commodity. A nine-member committee will be formed to oversee the licensing and regulation process for commercial hemp farmers. Regulations for the new program will have to be established no later than next spring.

Unlike other measures that have been passed in other states, the Colorado law does not require individuals seeking state hemp production licenses to additionally gain a federal stamp of approval. This is good news because per the U.S. Controlled Substances Act, there is no distinction between industrial hemp and marijuana.

What that also means is that hemp farmers in Colorado could find themselves vulnerable to federal intervention. Authorities with the Drug Enforcement Administration and the U.S. Department of Justice have tended to crack down harder on those who cultivate and distribute the drug, as opposed to those who merely use or possess it.

Unfortunately, the U.S. is behind the curve internationally speaking, as we are the only developed country that fails to permit the cultivation of industrial hemp as a cash crop.

Farmers and entrepreneurs interested in delving into the hemp production market should refrain from doing so without careful consideration and extensive consultation with an experienced medical marijuana attorney.