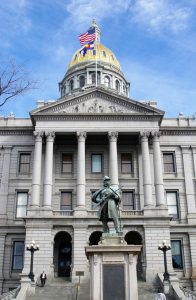 While residency restrictions can help protect small in-state businesses, our experienced Orange County marijuana business lawyers also know they can stifle investments and growth. With proper protections and rules that favor small business development, both small and large businesses can live in harmony. Plus in-state businesses that are doing well have the opportunity to get a boost by becoming publicly traded. Many local businesses lamented how much money they see being invested outside of Colorado and saw this bill as an opportunity to redirect cash flow back into the state.

Others are worried the state is pushing its luck. With marijuana still firmly planted as a Schedule I narcotic according to Controlled Substances Act, 21 U.S.C. Section 812, some industry leaders already feel like they are walking around with a target on their backs. They worry opening up interstate channels of business is poking the bear. However, as the cannabis industry continues to grow, creating more jobs, garnering more tax revenue, increasing awareness, and expanding access to hundreds of thousands of Americans, public opinion will continue to shift. And public outcry will continue to grow to the point that the federal government can no longer ignore the voice of the people. Measures like this in Colorado are another step in the right direction.

Even though we all have a cautious eye on Attorney General Jeff Sessions and the Justice Department, it’s still an exciting time to be a marijuana business owner. Our skilled attorneys can help California entrepreneurs set up their businesses to be in compliance with state and local laws while keeping an eye on movement at the federal level. We remain vigilant, staying up to date on the day-to-day movement in marijuana law from your local city council to Washington, D.C. and everywhere in between so you can focus on running your business.