One legal complication faced by Colorado marijuana business is banking. Since the sale and distribution of marijuana is legal on a state, but not federal level, business owners were sometimes forced to run a cash-only operation, making it difficult to invest and safely protect profits. The Colorado legislature has approved a bill that will allow marijuana businesses to use regulated banking co-ops. Despite challenges from the Colorado Bankers Association, the bill is expected to be signed by Governor John Hickenlooper. 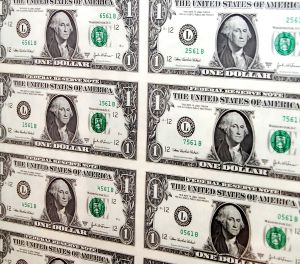 Signing this bill into law could be a significant advancement for marijuana business owners who are currently an easy target for theft and money laundering allegations. Our California marijuana legalization attorneys are experienced in handling legal complexities and disputes related to marijuana sale and distribution. We are supporters of legalization and are dedicated to helping marijuana business owners protect their rights. Our firm is also abreast of legal trends that impact growers and distributors in California and nationwide.

According to an NPR report, this bill is the first of its kind and creates a business cooperative or credit union for businesses in the marijuana industry in Colorado. Since the recreational use of marijuana became legal in the state, members of the industry have found it extremely difficult to find banking services. Because federal laws govern the banking system, business owners have been forced into money laundering and other schemes that can open them up to loss and liability. Now the businesses have the opportunity to join together in a credit union to obtain banking services.

In other words, the bankers didn’t want to lose the business. Despite the burgeoning federal regulatory hurdles.

The bill is not yet a “done deal” as it still requires the Governor’s signature and the Bankers Association is likely to put up resistance. The bill must also be approved by the Federal Reserve System in Washington to allow marijuana business access. The measure will not gain final approval without the approval of the Federal Reserve. Despite resistance and potential pit falls with the bill, advocates are happy that the legislation has passed and that steps are being made towards banking options for marijuana business owners. In addition to getting cash off the street, the bill will give additional security to business owners.

In California and nationwide, states are turning to Colorado for guidance when it comes to marijuana business regulations. California Lieutenant Governor Gavin Newsome has also spoken out on the banking issues faced by marijuana business owners, preparing to confront the same issues in 2016. For leaders in the industry, banking has been the most confusing and complicated point for the industry. It has also had repercussions for commercial mortgages and other investments that may be governed by federal law.