Breweries and wineries have long had a lock on the specialty spirits market for those who wish to indulge in a unique, public atmosphere. 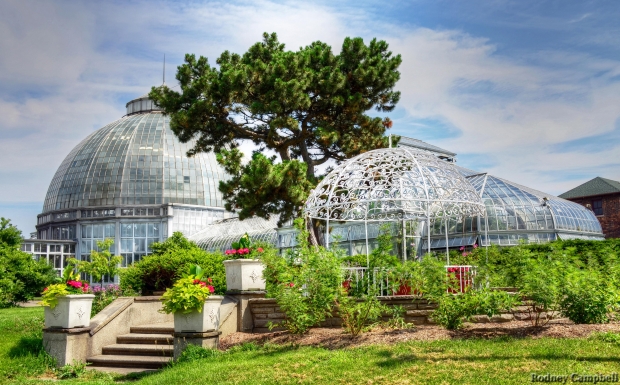 But now, a Colorado is set to do with marijuana what breweries do for beer and wineries do for aged grapes.

The business is a $35 million investment and is set to open just a half hour outside of Denver. It will feature greenhouses, as well as a performance space, a rooftop bar, a restaurant, a gift shop and a marijuana dispensary.

The CEO of the project, Green Man Cannabis Ranch and Amphitheater, said he’s working to raise $100 million in capital total to launch at least five of these operations, expanding in to Nevada, Massachusetts, California and then Washington.

However, as of right now, patrons are not allowed to smoke on site. He said to think of the location as “more of a liquor store than a bar.” Although you can purchase the marijuana on site, one must be in a private area to smoke it. He expects that will change at some point, by opening “smoking sections” at the rooftop bar.

Such sampling can’t take place on site at the moment due to Colorado’s public consumption laws. These are the same laws that bar people from smoking a joint outside of a bar where other people are smoking cigarettes or ban people from eating a marijuana cookie while walking down the street the way they would consume any other pastry. Such consumption is also banned in parks and in any other public place.

It’s been forced almost exclusively underground, behind closed doors and in private residences.

The operation boasts sweeping views of the Rocky Mountains, as well as offers live music and a tour of the grow facility.

Even with no smoking on the premises (yet), there is still great value in highlighting the cultivation process – something that is largely concealed from most people. By inviting people into the “greenhouse” to see the level of time and care that goes into the operation, the hope is there will be a greater appreciation, education and awareness. The CEO references a desire to “demystify” recreational and medical marijuana, and also provide agricultural job training and educational opportunities.

Such tours are not only greatly restricted for security reasons, but also because the process of growing cannabis is very complex. It’s sensitive to outside influence and contaminants, meaning marijuana growers generally don’t open their doors for anyone – let alone the general public.

Here, tours would cost between $5 and $10 a person, and those individuals would then receive a credit to use toward the purchase of marijuana-related products on-site. That way, customers are encouraged to learn more about the product they are buying and consuming.

The restaurant will feature vegetables and herbs grown organically and locally on site, in the same greenhouse as the marijuana.

The onsite dispensary will reportedly have knowledgeable budtenders who can help customers choose the right type of product and ingestion form, whether in an edible, a drink, wax, oil, vapor, food or smoke.