If you thought Colorado’s last word on the issue of recreational marijuana was the passage of Amendment 64 in November, you’d be mistaken. 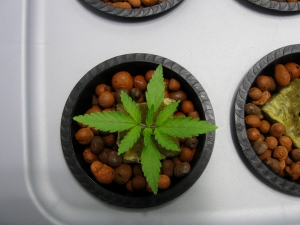 Our Colorado marijuana lawyers understand that Gov. John Hickenlooper signed a number of historic measures late last month to coincide with the implementation of the world’s first legal, regulated and taxed marijuana market for adults.

It’s noteworthy that Hickenlooper has historically been an opponent of marijuana legalization, but has since come to call the action a move born of common sense. But that initial skepticism may color his views on the guidelines and restrictions necessary to be built into the framework of the legislation. In fact, his chief legal counsel was quoted as saying that although he opposed the legalization of marijuana, it was important to respect the will of the people.

Still, such action is being accompanied by some strict regulations.

Additional Resources:
The Highs (and Lows) of Colorado’s Recreational Marijuana Laws, May 29, 2013, The Associated Press
More Blog Entries:
Legalized Marijuana Not an Issue of If, But How and When, June 3, 2013, Colorado Marijuana Lawyer Blog