The issue of marijuana has always been sensitive as far as youth are concerned. For years, the failed “War on Drugs” focused on the reported ill effects of marijuana, both in and of itself and as a gateway drug to harsher substances. Every recreational marijuana law that has passed has been careful to prohibit use of the drug by those under age 21. 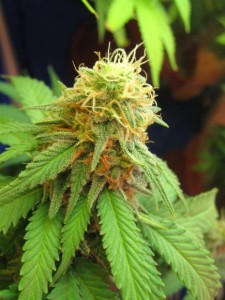 As a form of child medicine, marijuana has been even more controversial. Parents who sought relief for their children’s seizure disorders or chronic pain or nausea/ lack of appetite due to cancer were sometimes accused of child abuse. Some were forced to move out-of-state to obtain the treatment their kids so desperately needed.

Yet even in states where leaders have been forward-thinking on the issue, there have been hurdles to overcome. In Colorado, school officials had refused to dose medical marijuana to young patients on school grounds – even if those children had a prescription.

But now, state legislators in that state have approved a measure that would allow parents to provide medical marijuana treatment to their children on school grounds. House Bill 1373 now awaits the governor’s pen, at which time it will become law.

The law requires schools to give parents permission to provide their children with their marijuana medication on campus, though it stipulates that schools can write policies that limit where on campus the medication could be given.

Supporters of the measure say it should not have come to this, especially after last year’s passage of a bill that allowed schools to create policies that allowed student use of medicinal marijuana. It removed the threat of criminal or legal action against the school. And yet, not a single school moved to create the policy.

Leaders at the 178 school districts in the state said they were concerned they would lose federal funding, as medical marijuana is still illegal at the federal level.

But in the meantime, children who were very sick or suffered from severe disabilities were suffering. They had been prescribed these medications by a doctor for treatment of serious and chronic conditions, and the schools simply refused to let them have it. Parents were forced to disrupt not only their day but their child’s day by taking them off campus to distribute their medicine and then bring them back – a process some said could take a half hour to 45 minutes – not including drive time to and from.

The law passed last year was named, “Jack’s Law,” after a 15-year-old boy who suffers spastic quadriplegia, dystonia and cerebral palsy. This latest update to it has been referred to as “Jack’s Amendment.”

The boy’s mother lamented that her son and children who suffer similar conditions – who need their medication to get through their day and learn – had to wait for the slow bureaucracy of government to act on this issue. Still, she is thankful there may now be actual progress. She pleaded with educators and administrators to show understanding and compassion throughout this process.

Gov. John Hickenlooper is expected to sign the bill.