There are many veterans being treated at one of the nation’s Veterans Affairs (VA) medical centers that would probably benefit from medical cannabis in one form or another.  These are patients who have fought bravely for our nation in Iraq, Afghanistan, Vietnam, and many other foreign nations that now suffer from post-traumatic stress disorder (PTSD) and chronic pain. 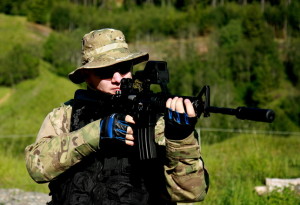 The reason for the VA prohibition is that under the federal law, specifically the United States Controlled Substances Act of 1970, marijuana is listed on Schedule I.  This means that Congress, with very little credible scientific support, decided that there were no valid medical uses for marijuana or THC, which is the primary active chemical in the drug. If a drug is listed on Schedule I of the act, it is illegal to prescribe, sell, or possess the drug.  Since the VA is a federal agency, their doctors must follow federal law, and that is why the agency was in a position where it had to enforce the prohibition on prescribing medical marijuana.

While Congress so far has been unwilling to remove medical marijuana from Schedule I and place it on a lower schedule, or take it off the list entirely, Congress has been willing to pass legislation that prohibits some federal agencies like the United States Drug Enforcement Administration (DEA) from enforcement of the federal law.  Since these prohibitions are often tied to budget measures, they are enforceable and there is nothing the agency can do if it disagrees with the measures or they would risk losing all funding.

According to a recent news article from Think Progress, both houses of Congress have just passed a measure that would prohibit the Veterans Affairs agency from enforcement of the rule against doctors proscribing medical marijuana to their patients. This would obviously only apply in areas where medical marijuana is legal, such as California.

This is not the first time Congress tried to pass the measure, as a similar measure failed last year.  This time, it passed with a majority of support in the United States House of Representatives and Senate.  As our Los Angeles medical cannabis attorneys can explain, the more of these measures Congress passes that will stop federal agencies from enforcing enforcement of marijuana laws, the more likely it is that Congress will eventually be willing to remove marijuana from Schedule I of the Controlled Substances Act.

One of the major reasons that they have been able to avoid taking any action to make medical marijuana legal on a federal level is because they can always fall back on the position that there are no valid medical uses for marijuana based upon peer reviewed studies.  However, the reason for this is because it is very difficult to study the safety and efficacy of medical marijuana under current federal law.  This will likely change if the DEA chooses not to enforce some its regulations as it is now considering at the direction of the president.