Recently, a pharmacist and former director of the Drugs, Devices and Cosmetics Program in the PA Department of Health made a proposal: stop referring to medical marijuana as “medical marijuana.”

As he pointed out, marijuana is a term that has a long history of describing a drug sold illegally and a drug that could be seriously abused. It’s a loaded word, and referring to specific plant extracts with appropriate terminology could change attitudes and make lawmakers more eager to embrace the benefits that cannabis plants provide. 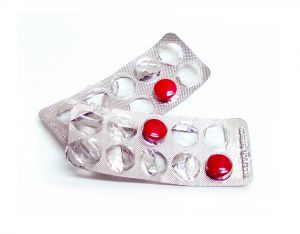 While it may not seem logical that changing the name could make that much of a difference, the fact is that a look at the history of laws on marijuana shows that many of the decisions that have been made were based on perception and not logic. If lawmakers need the legal fiction of calling marijuana something else in order to take action and stop the arrests of those who are just trying to provide medicine to the sick, then it is worth a try. Los Angeles medical marijuana lawyers represent too many clients arrested for doing nothing wrong except providing a drug that has proven health benefits.

Penn Live describes the proposal for referring to plant extracts by their specific terminology rather than using the term “medical marijuana.” As the author pointed out, there are other drugs that are “illegal” but that have medicinal purposes such as opium. However, this drug is not referred to as “medical opium.” Instead, derivatives of opium are sold as morphine, codeine, hydrocodone and similar drugs that have important medicinal benefits. The use of these drugs for medicinal purposes is not controversial, and perhaps the use of derivatives from the cannabis plants wouldn’t be either if they were given technical names.

Extracts of cannabis have already been shown to have proven medical benefits, and can be modified so that resultant compounds cannot be utilized to grow source plants for the illegal or unapproved use of cannabis. Simply calling these substances after the extracts could make it easier for them to be approved and tried on sick patients who need the benefits that they could provide.

A Focus on the Medicine Behind Medical Marijuana

Despite the proven benefits associated with cannabis, marijuana has been classified as a dangerous drug as far back as 1970 when Congress first established the Controlled Substances Act. Scientific studies dating back as far back as 1843 had already shown that there actually was medical potential in marijuana, but Congress ignored this evidence and designated Cannabis as a Schedule I drug with no medicinal purpose.

When the emergence of the War on Drugs happened in 1971, a public relations campaign was launched that changed the way people viewed marijuana and that took hold in the public consciousness for the next 40 years. Despite the fact that Think Progress reports that a presidential commission recommended against criminal penalties for marijuana because it had little potential for harm, Nixon wanted a “Goddamn strong statement about marijuana.” He viewed “dope” along with immorality as one of the enemies of a strong society.

Since it was largely a propaganda campaign and not facts that resulted in marijuana being included as a Schedule I substance and being part of the war on drugs, perhaps the political act of a name change would be enough to get the ball rolling on full legalization nationwide of cannabis compounds that provide help to patients.