Banking for marijuana businesses has been fraught with legal perils. As Los Angeles marijuana business attorneys can explain, this stems primarily from the fact that no matter how many states allow marijuana, the Department of Justice continues to consider the drug unlawful according to federal law, which puts banks in the legal cross-hairs, thanks to money laundering statutes. That’s why despite being a multi-billion dollar industry, only 30 percent of cannabis businesses have access to banking. 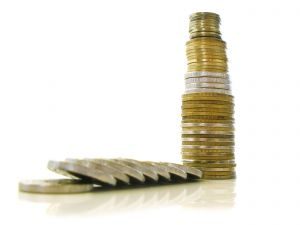 That may be changing, though the pace will truly depend on how aggressively the federal government pursues violators pursuant to federal law. The Anchorage Daily News reported a credit union plans to launch a pilot program intended to extend banking and checking services to marijuana-related businesses that otherwise operate largely in cash. As noted by the credit union’s CEO, the lack of financial services for cannabis companies has resulted in essentially a cash crisis for marijuana businesses as well as a safety issue for local communities, as these locations may be targeted for strong arm robberies.

Alaska, like California, allows marijuana cultivation, sale and possession for recreational purposes, and has done so since 2014. Yet as retailers have cropped up throughout the state, they face problems similar to those in this state, which is they must operate in cash and owners have even had their personal bank accounts abruptly closed. The credit union says it hopes to address this market need and also improve community safety by giving cannabis companies another option besides cash-only operation. Just in Alaska alone, the industry is handling some $1.5 million monthly – all in cash, according to local media.

Risks of Banking for Bud Businesses

Much of the problem for financial institutions in engaging in business with cannabis companies comes down to 18 U.S. Code Section 1956, which is the federal law on money laundering. The provision says that anyone who knowingly conducts or attempts to conduct a financial transaction that involves the proceeds of specified unlawful activity faces a potential fine of either $500,000 or twice the value of the property involved in the transaction. That is a severe penalty that has convinced most bankers to steer clear.

As far as how the credit unions will cope with these rules, the CEO indicated that it will greatly increase the reporting burden on the financial institution, but that this was something the bank felt it could do reasonably well. It’s starting with just a handful of marijuana businesses to start, in order to ensure the processes are aligned with regulatory rules and statutes. If all goes well, the pilot program is likely to be expanded from there.

Forbes reported this summer that despite the U.S. Department of Justice revoking protections for state cannabis laws, an increasing number of banks are willing to work with cannabis companies. As of March, there were more than 400 banks and credit unions actively operating accounts either for marijuana businesses or ancillary firms, according to the Treasure Department’s Financial Crimes Enforcement Network. That’s a 20 percent uptick from early 2017.

In June, a Congressional committee voted against an amendment that would have shielded banks from sanctions for engaging in business with marijuana owners and operators. The hope is such measures will gain greater support in 2019.