In November, District of Columbia voters made their choice clear: They wanted to join the handful of states legalizing the growth and possession of marijuana in small amounts. 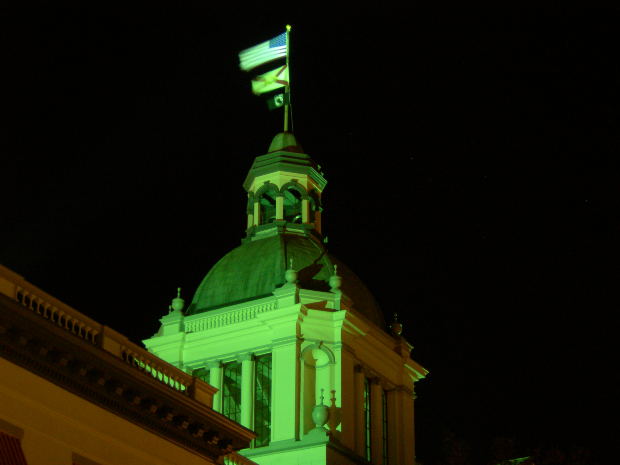 However, D.C. is unique in that unlike in most states, the free will of voters within the district is not the deciding factor. Even if 100 percent of the citizenry in the district voted in favor of the measure, Congress will still have the final say.

And in this case, Congressional Republicans successfully inserted a last-minute provision into a large federal spending bill that effectively barred the overwhelmingly Democratic populace from spending any tax dollars to enact the measure. This was all late last year, and many assumed this would be the end of it.

Now, though, officials in D.C. are fighting back under a possible loophole in the congressional language. In fact, it may come down to a single word: “Enact.”

While Congress acted to prevent the measure from becoming enacted, as is within their authority to do, the language of the law suggests that because the ballot initiative was already enacted and certified by the Board of Elections prior to the passage of the federal budget bill, there was technically no “enacting” that federal lawmakers could have prevented. It was already a done deal – or so say marijuana advocates.

A lawyer for the district Council has said the city was one step ahead of Congress in taking the measure it did. The language of the law says council “shan’t enact” a measure of which Congress disapproves. The issue is by the time Congress passed its bill, there was nothing to enact – or refrain from enacting – because the measure already passed.

Our marijuana lawyers understand that federal law require the district to submit referendum measures to Congress for a final Ok. However, lawmakers almost never do that, at least historically. It’s only happened three times since the early 1970s. Nonetheless, Congress has until March to decide whether it will issue a formal disapproval. To do so would require a joint resolution and the president would need to sign off on it too.

What the Congress did here with an amendment in an unrelated spending bill is a lot more common. However, given the apparent loophole, it’s not clear that act will stand the test of further scrutiny.

Those who supported the anti-marijuana amendment say formal disapproval isn’t necessary because the bill was passed, signed into law and congressional intent is not in question. Lawmakers say they wish to prevent the nation’s capital from being a “haven” for consumption of marijuana.

The district did previously decriminalize the possession of small amounts of cannabis. It’s now considered a civil infraction.

The new law would have allowed for a two-ounce, personal use limit – regardless of whether a person has medical clearance from a doctor. Similar measures have already been passed by Washington State, Colorado, Oregon and Alaska. The district does allow cultivation of the plant at home, but does not allow retail sales.

However, even if the district prevails, Congress could pursue other measures, such as criminal prosecution. Many argue the district’s law would run contrary to federal drug laws.