While it may seem to odd to most people that U.S. law considers medical marijuana and cannabis in general to be among the most dangerous and addictive drugs available, much of that has to do with fact that Congress was (and still is) able to rely upon the fact there are no federal government recognized studies that marijuana is not addictive, not dangerous or that it has many medical uses. 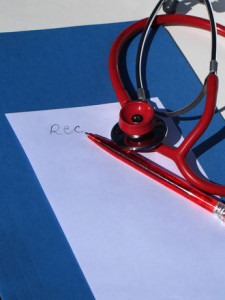 The reason for this is not because scientists are unwilling to do the work. Rather, the U.S. Drug Enforcement Administration (DEA) makes it extremely difficult for medical uses to be subject to testing and medical evaluation.  The DEA makes it very difficult for researchers to obtain marijuana in any quantity to be used in conducting these tests United States Food and Drug Administration (FDA) is claiming they need to see before there is any discussion about whether it Is actually medicinal and whether it should be approved for use as a medicine.  This of course is the problem with not being able to do the research in the first place.

According to a recent news feature from Forbes, DEA officials once said they would never loosen the restrictions on allowing researchers to have easy access to medical pot for research, Now, though, they seem willing to do exactly that.

As to how specifically the DEA is willing to ease the restrictions, the agency has approved smoking marijuana as a treatment for post-traumatic stress disorder (PTSD) in patients who were veterans of the United States military.  It should be noted that this is not the only study the DEA has allowed for PTSD involving a medical cannabis product, but this is the first time a study involved the use of THC and use of marijuana by smoking.

It is important to understand that there are two main chemicals in marijuana that are potentially important to medical marijuana research.  The chemical most often in research, and largely due to restrictions from the Drug Enforcement Administration, is cannabidoil.  Cannabidoil, is an extract made from marijuana that does not contain enough THC for a patient to get high from the marijuana, and there are no other psychoactive effects.  There is some THC in the Cannabidoil, because it is necessary to have THC to activate the required chemical process.  However, the ratio of Cannabidoil to THC might be 18 to 1 for example.

Cannabidoil, may help with arthritis and other joint issues, but it will not help with anxiety and PTSD.  That is where THC comes in, and now that the DEA is allowing the use for the first time in research studies, positive results could have a major effect on getting marijuana for medical purposes rescheduled in the near future.   While legalization is sweeping the nation on a state level, and it should not even be on the list of controlled substances, getting if the same level as heroin is a major step forward.  As these restrictions continue to change, you should speak with an experienced Orange County medical marijuana lawyer to make sure you are doing things correctly.