Despite the fact that L.A. city officials bowed to federal pressure in the recent order to ban all pot shops within the city limits, a number of cities across the state are balking at that same bullying. 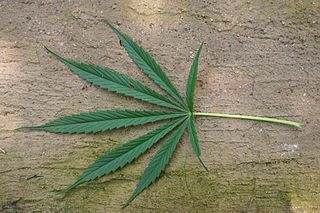 Our Los Angeles marijuana lawyers understand that other municipality leaders across the state are seething.

A recent story by The New York Times detailed a number of these instances – cases in which city officials had worked to carefully form regulatory plans for medical marijuana dispensaries, had mutually-beneficial working relationships with those operations and are now struggling to understand why federal authorities have been cracking down on a system that works.

One such instance involves officials in Arcata. They recognized from the beginning that the state’s medical marijuana industry was growing at a fast clip, and to avoid major headaches, they carefully planned an 11-page ordinance regulating how the drug could be sold within city limits.

There, the Humboldt Medical Supply dispensary became the first to be granted a permit there – and that wasn’t until two years ago. Many held the dispensary in high regard, particularly given their practice of giving free marijuana to elderly patients.

On the flip side, you had another dispensary that repeatedly had gone against the city’s regulations, and was rejected for a permit. Yet the owner reportedly continued to operate by bouncing around to different locations to avoid detection, most recently moving the shop to his mother’s home.

Now, which of these two do you think was more gravely impacted by the recent federal crackdown?

Following the October announcement by federal prosecutors that they intended to target the medical marijuana industry in California (though initially promising only to go after those operating near schools and playgrounds), the former closed its doors almost immediately. Meanwhile, the latter continues to operate.

With city officials there fearing that the federal government will take action against them if they grant any additional permits, they’ve halted the process of two other marijuana dispensaries that were slated for approval.

The mayor was quoted as saying that the federal government’s interference is negatively impacting the city and its citizens. He wants them to stop.

What’s more, the federal actions have brought a renewed legal chaos to the state, leaving not only dispensaries in limbo, but also county and municipal governments, banks, landlords and patients.

It’s actually harmful to a community when an action forces sick patients to seek their medication from unregulated sources. These shadier sources also frequently generate crime due to where they are obtaining the drugs (often with connections to drug cartels in Mexico).

In the last eight months, some 650 of the state’s 1,400 dispensaries have been shuttered statewide through a variety of tactics, including seizure of assets and threats of criminal charges.

The most recent decision in L.A. guarantees even more will follow.