The U.S. Department of Justice has announced it will not sue the 20 states or the District of Columbia for their marijuana legalization policies, a move that many marijuana advocates are hailing as a major step toward winding down prohibition of the drug in this country. 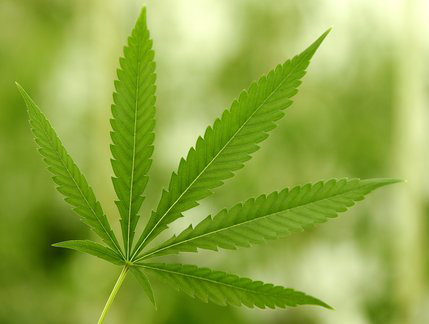 Our Los Angeles marijuana lawyers remain cautiously optimistic. Federal criminal cases against dispensaries and owners, as well as civil forfeiture actions against landlords show now clear signs of abating any time soon. Until we see that, we must question whether the DOJ is truly going to shift course.

The announcement came in the form of a memo sent by Deputy Attorney General James M. Cole to federal prosecutors across the country. The question of how the federal government would respond to the voter-approved legalization of marijuana sales and consumption for recreational purposes in Colorado and Washington state had been looming since the November election. Both states are in the process of finalizing measures to implement regulations for such sales.

It doesn’t appear the approach is motivated in any large part due to a change of heart. Rather, Cole cited “limited prosecutorial resources” as the primary foundation for the decision.

Still, Cole’s office isn’t backing down entirely. Specifically, the memo laid out the DOJ’s intention of spelling out its own regulations with regard to sales to minors, illegal gang and cartel activity, interstate trafficking of the drug and accidents and acts of violence stemming from the drug’s sale and use.

But advocates say they are hopeful. Such a change in policy could result in a substantial reduction of jail populations, court system backlogs, generate thousands of jobs and help to bolster diminishing state funds with various taxes on the drug.

Under the new recommendations, having a large, for-profit dispensary or grow operation would not make an individual or group a target for federal criminal prosecution. However, prosecutors would have a great deal of discretion in determining whether certain drug laws worsen public health consequences associated with increased marijuana usage. For instance, if prosecutors determine that an entire state’s regulatory controls don’t go far enough, they may seek a direct challenge of those controls while still bringing individual enforcement actions against dispensaries and grow operations.

This guidance will be mandatory, but the office said it wouldn’t apply retroactively to those currently facing criminal marijuana charges or who had already been convicted of such.

However, not everyone was pleased.

Representatives of law enforcement agencies and drug policy leaders have railed against the announcement, arguing that allowing legalized marijuana to go unchallenged could have unintended consequences, such as heightened incidents of impaired driving and more underground, criminal sales of the drug.

(Never mind that studies have shown legalized medicinal marijuana is actually associated with lower impaired driving fatality rates, and that properly regulated marijuana sales are not in any way associated with higher incidences of crime.)

Cole has agreed to testify in a few weeks before a Senate Judiciary Committee to clarify any remaining questions regarding the administration’s stance on the matter.