Medical marijuana provided relief to a 57-year-old end-stage renal patient, but his employer found his use of the medication to be unacceptable. The patient lives in New Jersey and worked with New Jersey Transit before he was forced to attend rehabilitation and placed on leave after testing positive for marijuana. He is now suing his employer and claiming a violation of state discrimination laws protecting employees with disabilities. 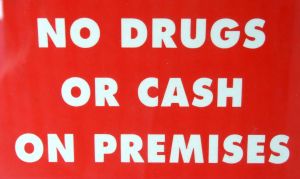 Similar cases have been heard in other states, including California, and judges have largely sided with employers, finding that they can fire workers for testing positive for cannabis even when its use is legal in the state. The terminations are appropriate because of the fact that marijuana still remains illegal on the federal level. The discrimination against sick people, along with the potential for arrest, are important reasons why laws on the federal level need to be changed to protect patients using medical marijuana. Los Angeles medical marijuana lawyers can represent those who have faced criminal actions under federal laws.

According to the Huffington Post, the 57-year-old New Jersey man was bumped from his job at the procurement desk of the state’s public transportation agency where he had worked for five years. He went to the Transit assignment office in search of another position, since employees at NJ Transit have the right to take any job that they are qualified for and that they have the highest seniority for. When the man put in a bid for another position as a block operator, he had to take a physical including a drug test because the job was a “safety sensitive” position.

He disclosed his status as a medical marijuana user immediately and indicated he wanted to withdraw his application for block operator and bid for a position that was not safety sensitive. However, his request was denied and he was obligated to take a drug test because he had disclosed his medical marijuana use. When the test came back positive, he was suspended and ordered into rehabilitation, which he completed. Despite this, he has not yet been cleared to work, even in a non-safety sensitive position.

His lawsuit is the first legal test of the medical marijuana laws in New Jersey, and he seeks protection for workers in non-safety sensitive positions. Hopefully, his lawsuit will be more successful than past cases in California and other states where judges have allowed discrimination to occur.

New Jersey’s medical marijuana laws specify that they do not require employers to “accommodate the use of medical marijuana in any workplace,” but do not address whether an employee can be fired for using cannabis as medicine. The Americans with Disabilities Act also does not provide specific protections for medical marijuana use, although it does protect employees from discrimination based on serious medical conditions.

Of the states that have legalized marijuana, Arizona is a notable exception because it prohibits an employer for discriminating based on a worker testing positive for medical marijuana use. More states need to adopt this common sense policy so sick people can feel free to use the medicine that is helping them (and that is legal to use) without worrying about losing their livelihood.