Shifting societal views as well as laws when it comes to marijuana is prompting civil courts to re-evaluate how drug use should factor into custody decisions and child-endangerment reviews. According to reports, a Colorado man lost custody of his children after getting a marijuana card. Another couple lost their daughter for growing medicinal marijuana. While legalization may give individuals the right to grow, distribute, or use medicinal marijuana, it is still not certain how courts will interpret child endangerment. To ensure fairness and transparency, courts must also make changes to prevent unnecessary removal of children from homes, custody loss, and even state intervention involving child welfare. 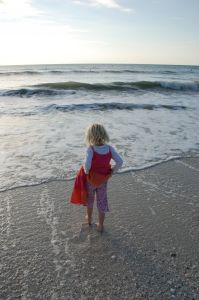 In most cases involving a marijuana growing or use in the home, courts will side in favor of parents, so long as the medical marijuana use or possession was legal. Still, the issue underscores a growing dilemma over disparate marijuana laws. Our Orange County medical marijuana attorneys are dedicated to protecting the rights of our clients. We are also advocates for marijuana growers and dispensaries and work to help business owners have a clear understanding of their rights and obligations under California state and federal law. In addition to remaining abreast of developments in marijuana law, we are also committed to raising awareness about related legal issue that may impact the rights of our clients.

Child endangerment reviews involving marijuana can produce very different results depending on the state. While growing pot in your basement may not result in criminal charges or a child endangerment review in one state, it could also be used as evidence of child abuse or endangerment in another. For these parents, the impact can be severe–state intervention, criminal charges, and or loss of custody. The evidence can also be used in divorce cases against parents who are legally prescribed medical marijuana. Even where a grower, dispensary owner, or patient is following state regulations, he or she could see their marijuana involvement have a negative impact on a custody case.

Courts will always use the “best interests of the children” standard which is always complicated when dealing with subjective views about marijuana use. While advocates see the drug has harmless, opponents of marijuana use see it is a danger and threat to a child’s well-being. Marijuana advocacy groups have found that child-abuse, family and custody laws have been slow to catch up with the quickly evolving pot policies in California and nationwide. It is unclear how often pot use is brought up in divorce or custody cases or how often child-welfare workers intervene when pot is being grown or used, but it is not uncommon, and definitely not unheard of. Even more complications may arise for parents who give their own children medical marijuana to treat symptoms of epilepsy or to manage pain for child cancer patients.

Regardless of the individual and very subjective views on pot use, child endangerment laws are being complicated by the reality that pot is getting legalized increasingly accepted for medicinal and recreational use. Child courts and advocates must reevaluate standards and policies to determine when a child is actually in danger.