One of the beacons of hope for medical marijuana businesses during these uncertain times has been Rohrabacher-Blumenauer, an amendment that 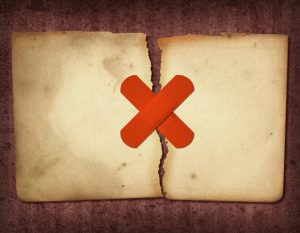 blocks the Justice Department’s ability to spend money on prosecuting medical marijuana operations that are compliant with their state’s relevant laws.

However, this amendment is not a permanent structure and is put in peril every time the government shuts down and Congress must pass a spending measure. Given the tumultuous nature of the current budget debates at the federal level, this has already happened multiple times this year. Each time Congress goes for a vote, the medical marijuana community must hold its breath and wait to see if the amendment will be included in the next budget parameters. That’s no way to treat respectable business owners.

So far it has survived each round, but with another vote coming up in March, we’re not in the clear just yet, according to Leafly.

For years Congress has been dancing a political tango that has put millions of Americans in the cross hairs. They want to reap the benefits of support from the majority of Americans who support marijuana legalization. But they don’t want to upset the shrinking population still embroiled in the bunk “War on Drugs.” Others just don’t seem to want to admit they might have been wrong all these years about the proven benefits of cannabis.

So instead of doing the right thing and removing marijuana from the list of Schedule I narcotics under Controlled Substances Act, 21 U.S.C. Section 812, they create patches that keep the drug illegal on the federal level, but tie the hands of those who might try to enforce the law.

These patches, however, have become a target under this administration’s antiquated anti-marijuana agenda.

Attorney General Jeff Sessions has already removed one such patch. He recently withdrew the Cole Memo, a 2013 Department of Justice directive which instructed prosecutors to not go after cannabis crimes that were in compliance with state laws. And since the Rohrabacher-Blumenauer amendment only protects medical marijuana, those in the industry not protected under that umbrella have become nervous. While funding and support to pursue such charges is lacking, our medical marijuana lawyers in Orange County know there are ways federal officials can make life more difficult for honest business owners.

U.S. Rep. Dana Rohrabacher (R-CA) along with Rep. Earl Blumenauer (D-OR) are hoping to make the amendment named after them more permanent by trying to  put it to a floor vote by the full House, a step that has alluded them in the past. They also would like to expand the protections to include recreational marijuana laws in the states. They seem to have backing among their peers at least for medical, though how difficult it will be to add adult-use to the amendment is unclear. It is absurd that adult-use is still even a question considering Pew Research Center has reported 61% of Americans are in favor of legalization, and the number continues to rise.

In the meantime, it is more important than ever for marijuana businesses to keep their noses clean and comply with all state and local laws. Any step out of line could make your business a target for those looking to undermine progress. Our experienced attorneys are here to help you set your business up right the first time and keep you in check as the industry and laws continue to evolve.