The federal government has indited 37 people as part of an alleged marijuana grow operation that spanned multiple counties. The government accuses defendants of using the medical marijuana laws in the state of Michigan as a cover for harvesting $3 million of marijuana. According to Michigan Live, the grow was a family operation, with husbands, wives, a father and son arrested. 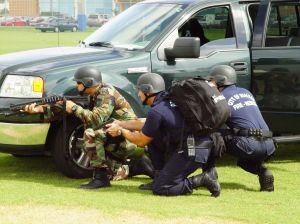 The growing operation was called Medical Marijuana Team, or MMT, and growers took pride in the high-grade marijuana that they produced. The federal government suspects direct sales of marijuana to customers and recruiting individuals to become patients. The government’s actions are part of a string of operations targeting medical marijuana growers and distributors, with federal authorities also shutting down some Denver-area medical marijuana facilities according to the Denver Post.

Unfortunately, the actions taken against medical marijuana growers and dispensaries show the complications presented by having different federal and state laws, as well as those that arise due to legalizing marijuana for medicinal use only and not recreational use.

As long as a distinction is drawn, complicated factual issues are likely to continue to arise regarding whether a grower’s product really was intended for distribution to patients. A medical marijuana attorney should be consulted in cases where growers are accused of violating laws and growing for recreational use.

The Feds claim MMT actively recruited people to become patients and to name the growers as caregivers in order to make it possible for MMT to grow larger amounts of marijuana. The amount of marijuana that MMT sold to other distributors sometimes totaled dozens of pounds.

Participants allegedly visited “marijuana doctors” who frequently certified a false medical need even without conducting an examination and without an existing doctor/patient relationship. MMT may have held clinics at hotels where individuals could become patients and then MMT would be named as their caregiver.

Some of these conditions can be difficult for medical professionals to provide a conclusive diagnosis. This leaves the door open for the federal government to question whether a person has a legitimate medical need or a doctor is acting appropriately when issuing a marijuana prescription.

Individuals who grow or provide medical marijuana in a state where it is legal should not have to worry about the federal government coming after them when they try to help patients in need. If the federal government does take legal action, it is important for those who are involved in growing or distributing marijuana to have a qualified attorney assisting them.