It’s been a year since voters in Washington state and Colorado approved the cultivation, distribution and possession of marijuana for adult residents of the state, regardless of whether they had a medical condition requiring it. 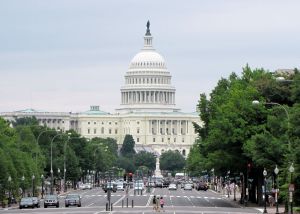 In that time frame, both states have firmly established rules for the retail production and sale of the drug. Each has tailored their regulations per their own philosophies, though generally speaking, both are opting for clearly-defined regulations that will be easy for everyone to understand and abide by.

These scenarios prove that government need not be shackled by bureaucracy and unable to make progress, especially in situations where so much is at stake: Not only the potential tax revenue and business opportunities, but people’s very lives, livelihoods and freedoms. At the very least, our Los Angeles marijuana lawyers believe the federal government’s stance with regard to medicinal marijuana is both arcane and harmful.

It’s not as if we can expect federal government authorities to shift their priorities overnight. However, it’s not as if this is a new thing. California became the first state to approve the drug for medicinal purposes back in 1996. But it was blindly stumbling around in the dark trying to determine how to create a system that would allow for safe, well-regulated access. Some areas of the state were admittedly more successful than others.

However, the federal government has failed to offer up any helpful support, opting instead to swoop down to harass, threaten and raid well-meaning marijuana providers throughout the state, often with little consistency or obvious indication of why one operation was targeted and not another.

In response to the legalization of marijuana in Colorado and Washington, the U.S. Department of Justice issued a statement saying it will not pursue criminal charges or civil forfeiture actions against marijuana providers in these states, so long as they are operating within a tightly regulated market, as defined by the state. The idea is generally to prevent smuggling across state lines, access to minors and other adverse public health consequences.

However, what exactly that means, the DOJ doesn’t say. In the end, that may leave many grow operations, dispensaries and even consumers vulnerable to federal enforcement action perpetuated on a whim. The agency still reserves the right to prosecute if it so chooses.

What’s more, the industry will continue to grapple with a series of tax problems stemming from the fact that the Internal Revenue Service denies tax deductions to even legal dispensaries, even those operating within the confines of strict state laws. This is per Section 280E of the federal tax code, approved by Congress and which the IRS has no choice but to enforce.

And yet, Congress has voiced no real interest in addressing this issue, regardless of the fact that this more than anything else could push these operations further underground. Many dispensaries have tried to work their way around this by deducting expenses from other side businesses, distinct from marijuana dispensing.

But legitimate businesses attempting to operate above-board shouldn’t have to jump through those kinds of hoops.