A bipartisan effort to legalize the industrial farming of hemp – backed by 28 co-sponsors – has been introduced into Congress. 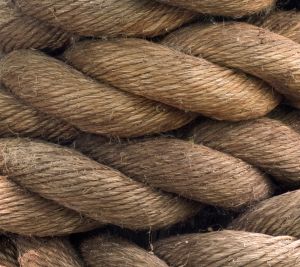 Our Los Angeles marijuana lawyers understand that specifically, House Bill 525, also known as the Industrial Hemp Farming Act of 2013, would amend the Controlled Substances Act to essentially discount hemp as a form of marijuana. This would allow it to be cultivated, manufactured, processed and sold without violating federal drug laws.

It would effectively grant state legislators the authority to regulate and license the commercial production of hemp as both an agricultural and industrial good, as opposed to an illegal substance worthy of federal intervention and criminal prosecution.

As it stands, eight states (not including Colorado) have already passed legislation that classifies hemp as its own agricultural product, as opposed to being considered a Schedule I illegal substance. However, much like the issues that California dispensaries have run into, these states recognize that hemp is still considered illegal under federal law. House Bill 525 would essentially remove the barriers that at this point prevent states from cultivating hemp unless they are prepared to break federal laws.

A Kentucky Republican is the primary sponsor of the bill, with co-sponsors including numerous Democrats, including those on the House Agriculture Committee.

Hemp is actually a distinct form of the cannabis plant that contains mere traces (less than 1 percent) of THC, which is the psychoactive compound in marijuana. Among its very practical uses are:

Supporters of HR 525 note that the U.S. is the only First World country that doesn’t allow industrial hemp production.

Previous efforts to pass similar legislation have failed, and those actions have never even made it to the Senate floor. There is reason to believe, given the evolving attitude of the public at-large, that this time could be different.

Marijuana legalization measures, similar to those passed in both Colorado and Washington last year, have either been introduced or are being prepared in:

A similar measure in Indiana, Senate Bill 580, unfortunately failed upon its assignation to the Committee on Corrections and Criminal Law. However, it wasn’t that lawmakers had carefully considered the measure and determined it wasn’t the right time or right action for the state. Rather, the committee chair refused to allow a public hearing on the measure, effectively killing it.

Meanwhile, a medical marijuana bill has been introduced in North Carolina, with the specific goal of catering to HIV/AIDS patients, as well as those suffering from cancer and multiple sclerosis.